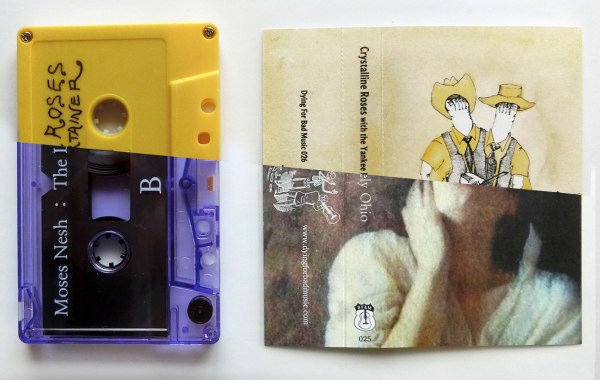 On this cassette with The Yankee Entertainer, Anthony Pasquarosa's psych folk outfit Crystalline Roses plays psychedelic mountain music. Along with their own pieces, they play songs by Michael Hurley, A.P. Carter, Reverend Robert Wilkins and an epic 17 minute version of the famous murder ballad “Pretty Polly” -- performed on a freaking sitar and accompanied by banjo, zither and 12-string guitar. Far out and not from this world! Pasquarosa is all over the place with his music and his influences. When he isn't grunting into a microphone, taping early eighties electro punk or releasing beautiful solo acoustic guitar music on VDSQ, he's playing old time tunes for weddings, country fairs, or making art.
Two Man Cult is a short, psychedelic hike into the mountains that leaves a lasting impression.

Read an extensive interview I made with him.

Moses Nesh is Atlanta's Bluesman Extraordinaire. He's only in his early 20’s, but his passion for, and knowledge of, old blues pressed on 78’s, plus his outstanding guitar skills combine for something far beyond expectations. Rumor has it that friends sometimes annoyed by that old man stuff. But a man’s gotta do what a man’s gotta do, and Moses has to pick and pull steel strings on his guitar and sing hardly intelligible lyrics in his slurred, reedy and captivating voice. And whenever a solo guitarist the likes of Daniel Bachman, Chuck Johnson, or Sarah Louise does a show in Atlanta, Moses Nesh is there opening the show like the Biblical Moses opened the Red Sea.

Please note: If you order via dyingforbadmusic.com there is a 10% discount (applied in the cart), but no immediate download (codes are coming with the cassettes). Alternatively head over to dyingforbadmusic.bandcamp.com there is no discount but you can download the album right after your order. The reason is, the Bandcamp and Paypal fees are quite high. 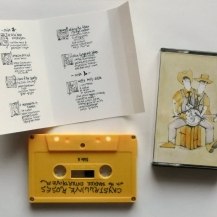 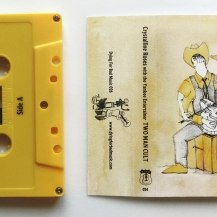 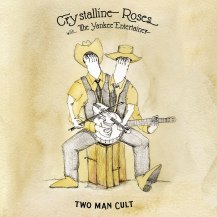 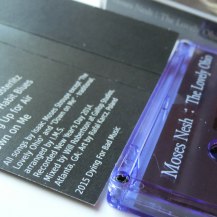 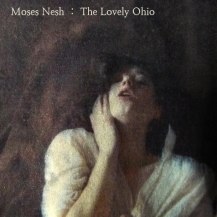 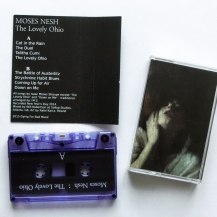 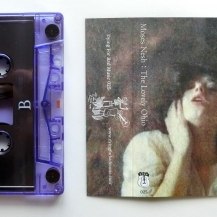