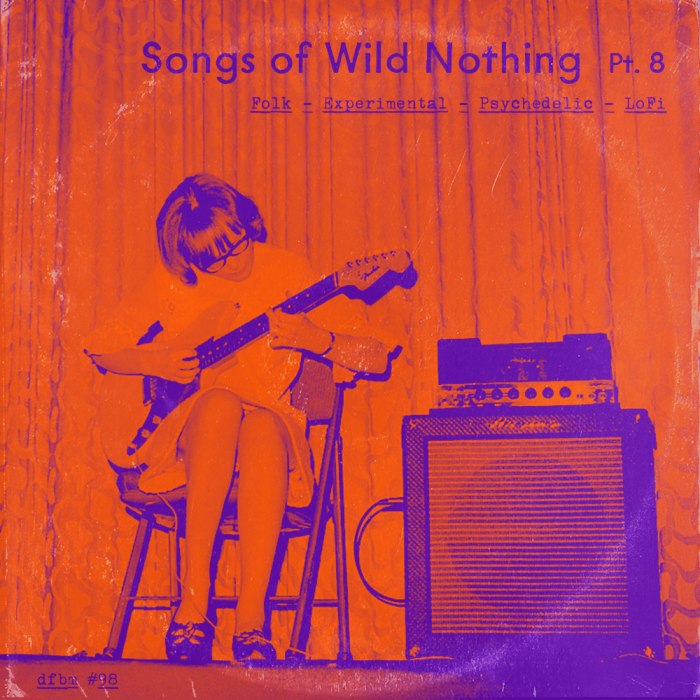 Welcome to a new episode of Songs of Wild Nothing. I think I've never described the purpose of this show or mix, so this might be a good opportunity to give some insight.

Over the eight or so years, this label and music blog exists I've always put together "mix tapes", or better — 'mix.zip''s with the music I discovered. At some point, when the blog was starting to focus on solo acoustic guitar music, I came up with the Morning Raga series, which is featuring all the guitar music that is somehow inspired by Fahey, Basho and the likes. But there was so much more music that I wanted to present, that didn't fit that label. Songs of Wild Nothing is trying to be more free form, but if you follow this series you may have noticed how my taste is narrowed down to all things outsider, psychedelic, experimental, diy music on stringed instruments.

The main goal for these mixes is to present my exquisite taste in music, of course. But also to give exposure to all the wonderful artists who are operating under the radar and with under the radar I mean under the "Indie Music" radar. I hope the name-dropping works sometimes to get listeners interested to check out lesser known artists if I put them along with a Fahey track.

I also try to loosely theme these mixes or put the tracks in an order that makes somehow sense. In the accompanying post (like this), I want to put as much context to the mix as possible. I don't know if people read these writings, that probably read like the essays of a first semester English language student, but bear with me I give my best. This is a playground, a place to study.

Some said I should have my own radio show and it would be easy to turn those mixes into a podcast-like affair, where I talk between tracks1 and add the context that I provide here in writing, but it would be as if Werner Herzog or Till Schweiger describe music with a very limited vocabulary.

I also love to put visual context to the mixes and create the cover artwork. You can tell this is all inspired by old Folkways Records, Ronald Clyne, private press and diy culture. It's absurd to simulate a vintage aesthetic with computers. But I would love to do this stuff more as real prints and sometimes I do on my label releases.

This is the background to all those mixes. Not get to this one. 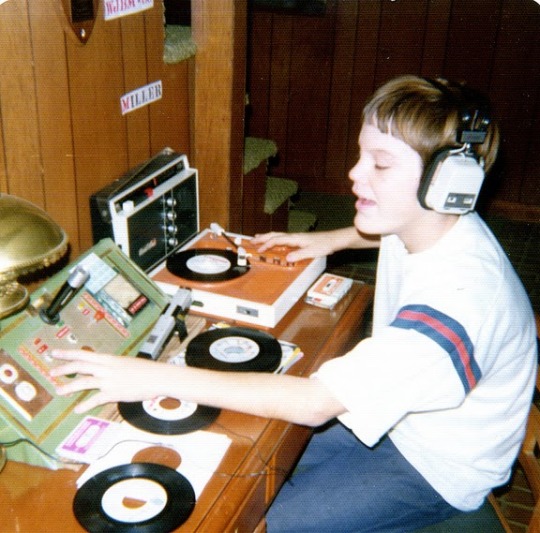 The overall topic of Songs of Wild Nothing Vol. 8 is, surprise, guitar music. To be more specific, electrified guitar music; guitars played by machines, by humans, drenched in reverb and other effects. Sometimes modified or just plainly picked.

It's starting off with the godfather of American steel string guitar John Fahey. Not too long ago, two demos of the late Fahey surfaced on bandcamp and it's a mess. With all due respect, if somebody sent those tapes to a label without mentioning Fahey's name, they would have been neglected like my first shitty bedroom recordings. I might be wrong, but there is not much that points to Fahey. Maybe the cut-up collage style of the opener. Else it's just a guy trying out guitar effects. I don't know about the circumstances those recordings were made and I'm glad they exist since they serve a documentary purpose, but musically, it's really "heavy listening".

Simon Scott was the drummer of Slowdrive, today he's maybe better known for his ambient work. The album Insomni is a calming blend of electronic soundscapes and fingerstyle guitar.

The very prolific Andrew Weathers and his ensemble just released a new album and I find it remarkable in terms of Weathers' aesthetics. He's the missing link between folk music, pop and vapor wave. Visually he's up to date with the current pastel color palette of pink, yellow, blue. Musically he is always shifting between ambient music, pop and electric folk (can I call it "Folktronica" or is that something else ^^ ?). Unfortunately, with Weathers' use of the Autotune effect, he invokes Bon Iver before my inner eye and that's not so cool. Maybe this is what makes Weathers' music and artistic expression so unique, he's a modern day hippie futurist, and he's on tour with the drone ambulance - watch out!

Chris Rainier is a Harry Partch2 researcher, who, on the one side works with a prepared Weissenborn lap steel guitar and on the other side with a replica of Partch's microtonal guitar. His 2014 release Man and the Echo was a real gem of avantgarde folk and it was refreshing to hear a lap steel guitar in a completely different context.

Norwegian guitarist Stein Urheim has a new album out and it's called Utopian Tales. It's a really odd mix of late CAN, avantgarde, space jazz, psych folk and too much wind instruments for my taste, but it's fun to listen to his music.

Since months, I want to feature the weird and obscure psych folk by Kenneth Johnston and his friends but always kicking it further down the road. He's a musician from Louisiana and influenced by delta blues, Velvet Underground, U.F.O.'s, Cthulhu and the Baton Rouge. His available releases are some sort of best of compilations cut from older material, consisting of field recordings, solo guitar tracks, jam sessions and different versions of his songs. On this mix is Azathoth, a bastard of Eastern melodies, the Sabre dance, Pink Floyd's Set The Controls For The Heart Of The Sun and Paint it Black by the Rolling Stones. 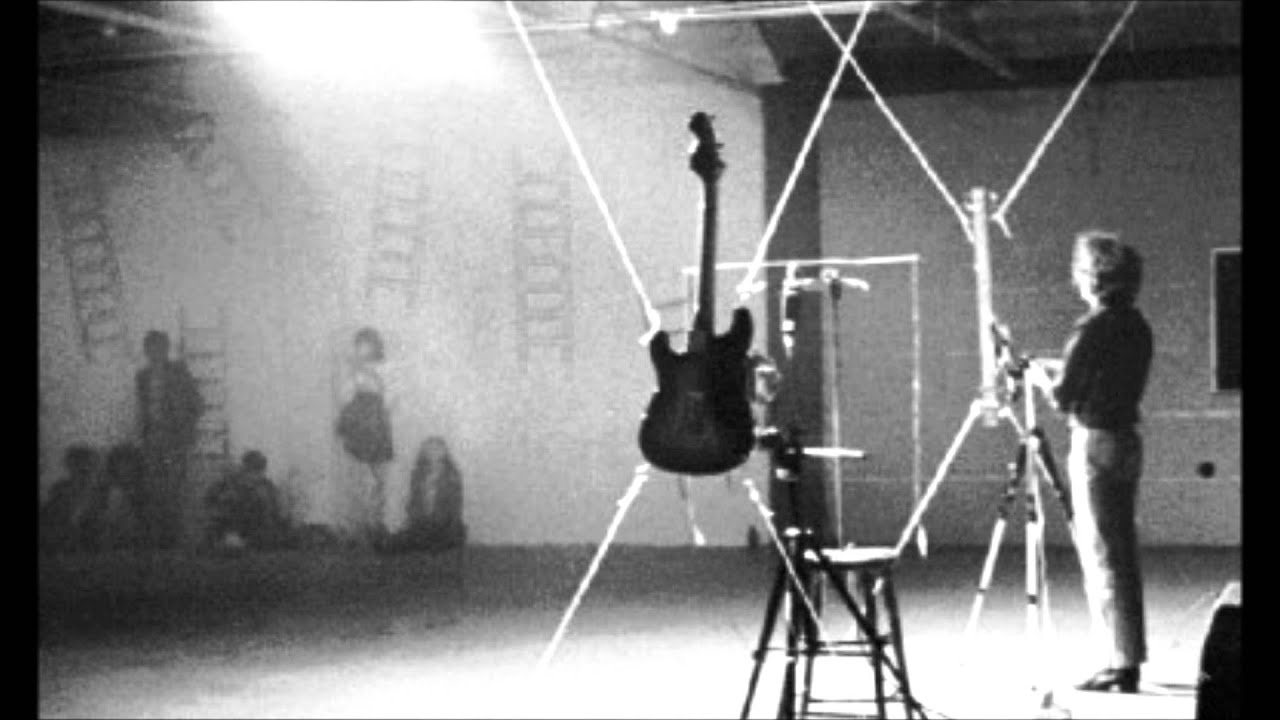 Remko Scha was a composer and performer of algorithmic art and a professor of computational linguistics at the University of Amsterdam. His 1982 album Machine Guitars is a milestone in avantgarde music, and he's a key figure in the early eighties No Wave, Post Punk scene3. It consists of guitars, played by motors and saber saws, without human interaction. It sounds much more interesting than Boyd Rice's Roto Guitar crap4, which was released a bit earlier.

And I close with a rare piece by the recently deceased Holger Czukay, bassist of legendary krautrock band Can and well known sound visionary. It's a solo guitar recording from 1981, released on a flexi disc in Japan. Similar to those Fahey pieces, this is just Czukay checking out a guitar and playing around. It has great documentary value and is maybe interesting for collectors, but doesn't represent Czukay's work.