"Greetings from Amarillo is a musical postcard but also an invitation to look around and spend some time in the audio rendering of the Texas Panhandle."

Listen to the album: This is a visual, poetic portrait of Amarillo, Texas. It uses the structure of the album Greetings from Amarillo, eight songs by Hayden Pedigo, musician and composer who lives in Amarillo.

MO: To get this out of the way, Hayden: I find you highly suspicious. You are in your early 20 and already on top of the game as a guitarist, sound artist and composer. On your second album you collaborated with big names like Fred Frith, Charles Hayward (This Heat), Chuck Johnson or Steffen Basho-Junghans. On your new album Greetings from Amarillo you show off some beautifully composed solo guitar pieces, next to haunting ambient soundscapes and Musique Concrete and you even take a detour into pop music realms. You got covered by NPR and Vogue. You are handsome and luckily married. What's wrong with you? Is there anything you fail at? Can you show the contract with the devil that you signed? Does that sound like I am envious? Because I am!

HP: Well… haha thank you for the kind words! I fail at a lot! Honestly writing music is the hardest thing for me to do. It takes a lot for me to sit down with the guitar or synth and try making something. I really prefer listening to music over recording it. It will probably be two years before another solo album but maybe I’ll go faster this time.

MO: Do you have any musical education and how do you approach composing new music? Do you start with a concrete idea or do you get inspired by improvising?

HP: I actually don’t have really much training music wise. I took guitar lessons as a kid but it didn’t feature any music theory outside of tabs and playing by ear. I honestly have to record a lot of my open tuning string by string because I don’t know what they are and I don’t want to forget how to tune to them. I mainly just start playing the guitar and if I like a little melody or a small part I will take that and start to build on it. I very rarely hear something in my head before I touch the guitar. I really just have to sit down and carve something out…

MO: That's interesting. But then I wonder what motivates you to pick up the guitar or turn on a synthesizer?

HP: Mainly because I hear some music I like and it makes me want to attempt doing it I guess. There are some days I really enjoy playing the guitar and others it pisses me off so much. Guitar is an amazing instrument but sometimes the possibilities can be daunting to me.

MO: What's a time, period in music history you want to go back to and experience live and be part of?

HP: I would love to go back and see some of the OG krautrock bands play live. CAN and Neu! would be amazing...also early Kraftwerk and Popol Vuh. I would be dumb to leave out seeing Fahey live in 1969 at the Matrix….I love that recording.

MO: How do you see future music? Is it still possible to innovate or do we just repeat and maybe do some cross over?

HP: Honestly I do think some crazy innovation is going on right now musically. I look at everyone from James Ferraro, Arca, Dean Blunt and guitarist like Tom Carter, Michael Vallera, and Rob Noyes. I think right now is an amazing time to be alive for music.

MO: Can you name a piece that you have heard lately and that was completely new to you?

HP: Dean Blunt: Flaxan1 That piece really blew my mind. Sounds like classical music composed by AI. That’s what makes it so unsettling to me, it doesn’t seem like a human presence was behind its creation at all.

MO: That's interesting, given that Artificial Intelligence is an innovation in technology that will have an impact on music and our cultural life (AI written texts, imagery etc). The latest experiments2 with Neural Synthesizer Instruments3 are a first step into new worlds of sound.

What place, do you think, has folk or traditional music in this setting of new music? Will techno music considered as folk in 200 years?

HP: I don't really like throwback stuff much.... I mean we have Charlie Patton recordings I don't really need to hear someone copy it ya know. I mean if James Ferraro is considered traditional music one day that would be killer/terrifying because something really bad probably happened. 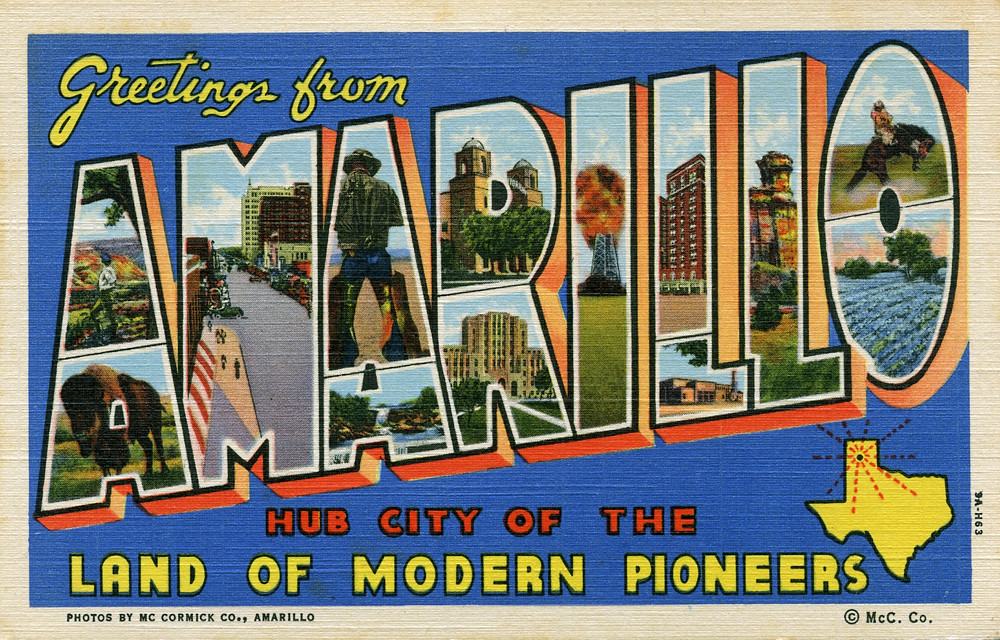 MO: Greetings from Amarillo seems to be a record that deals with locations. Beside your hometown Amarillo in Texas you named one piece after the capital of Spain, Madrid. Have you been there? Do you enjoy traveling or is it like an imaginary journey? Thinking about that, your record deals with quite some contrarieties. Musically but also in the track titles, like Buried Alive and Cloud Pharaoh or Welcome and Good Night. What's the red thread through the album?

HP: Yes! Actually Madrid is about the small mining town Madrid in New Mexico right out outside of Santa Fe! It’s a really interesting place and I love the terrane. Amarillo’s landscape is a huge inspiration to me. It is kind of ugly some days and beautiful on other days! I really just wanted the album to be like a bizarre nature tour in a jeep just driving through Amarillo looking around ya know. It covers a lot of moods but people might create their own narrative to the music.

MO: Topic change: I assume you like to experiment with recording techniques and messing around with synths, effects and things like that. Do you mind to share some of your secrets or latest insights into that topic?

HP: honestly my recording setup is so minimal and not fancy at all! I don’t record in a recording studio at all. My friend sets up mics at his house and we just do all the acoustic tracks and then I do the synth tape loop stuff at my house. Nothing fancy though…..

I recommend everyone go on walks more…

MO: What's your plans for the future. Is there anything you want to archive in terms of a Magnum Opus?

HP: I really want to keep moving away from Americana type stuff you know. I want to do more aggressive innovating. I feel like I get frustrated sometimes because people will just focus on my acoustic playing and blow of the rest. It’s kind of a package deal to me I can’t really separate the two things. I don’t know if I could ever do a straight up acoustic album. It’s really tough to even listen to straight acoustic guitar albums...

MO: I understand, and I think you did a great job in delivering a coherent album whose different styles work together seamlessly. I guess since you got known as the "American guitar picking wunderkind", it's kind of hard to get rid of that label unless your next album breaks completely with those traditional guitar pieces and you come up with a harsh noise album under your own name.

Can you see yourself losing interest in making music in the future and stop picking up a guitar or creating sounds?

HP: I mean I don’t know… I hope people will like what I do musically but sometimes I don’t know if people dig it. I guess I’ll just keep going until I feel like I’m spinning my wheels but I’m always trying new stuff so who knows what I might be doing in 5 years!

MO: Thanks Hayden, any last words or recommendations outside of the music world?

HP: I recommend everyone go on walks more….

Greetings from Amarillo is available on vinyl in an edition of 200 via Driftless Recordings. Out on June 9.

Part II of this post will feature a mixtape by Hayden Pedigo. 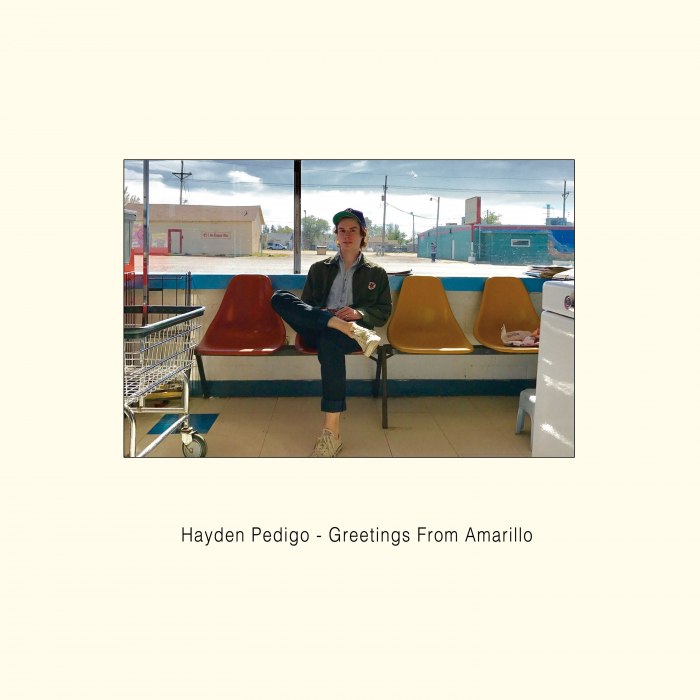