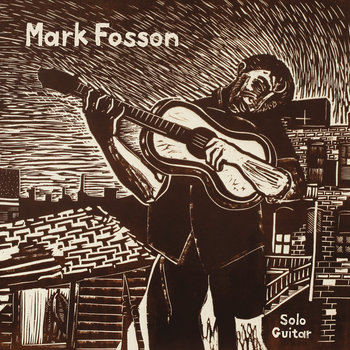 While the sheer virtuosity of ‘Solo Guitar’ is certainly a large part of its charm, more important is Fosson’s ability to weave memorable and articulate melodies. Without a clear sense of direction, solo instrumentation can risk meandering somewhat – but not here. There’s a clear sense of focus throughout the album, Fosson casting a very particular spell with the moody atmospherics of ‘The Creeper’, ‘Noodlin On The East Fork’ likewise boasting a vibrant sense of forward-motion and energy.
‘Solo Guitar’ is a really well crafted record – it’s well balanced and it never struggles to keep the attention of its listeners. It’s an album that confirms Mark Fosson to be technically equal to many of the genre’s biggest names and, likewise, he has no trouble in directing that ability into charming, well thought-out pieces which slot together to create a great album in ‘Solo Guitar’.
...unequivocally proves that he’s a guitarist that should, by rights, be mentioned in the same breath as genre-overlords like Fahey and Kottke.
Martin Leitch - GIGSOUP - July 23, 2017


Fosson has dexterity to spare. His instrumental style is akin to his early mentor, the American “primitive” guitarist John Fahey, to whose label, Takoma Records, he first recorded in 1976. From then to now, critical appreciation and commercial appeal have run in parallel, and while the fittingly titled Solo Guitar won’t change that, it is nonetheless a breath of fresh air to hear such crystal-clear, fluid and agile guitar playing.
Tony Clayton-Lea - IRISH TIMES - 27 July 2017


Fosson isn’t attempting anything too tricky here, but he articulates his timeless-sounding melodies with rhythmic crispness, clear phrasing, and a gorgeous tone, accenting his rolling patterns with spry interjections of a single harmonics-soaked chord. On “Blue March Improvisation,” he taps into an elemental bluesiness—each phrase dissolves into the space Fosson leaves around it—while the ragtime piece “Wankomatic” showcases his ease in knitting together several contrapuntal lines, all of them pushing the song inexorably forward.
By Peter Margasak – CHICAGO READER - 2August 2017 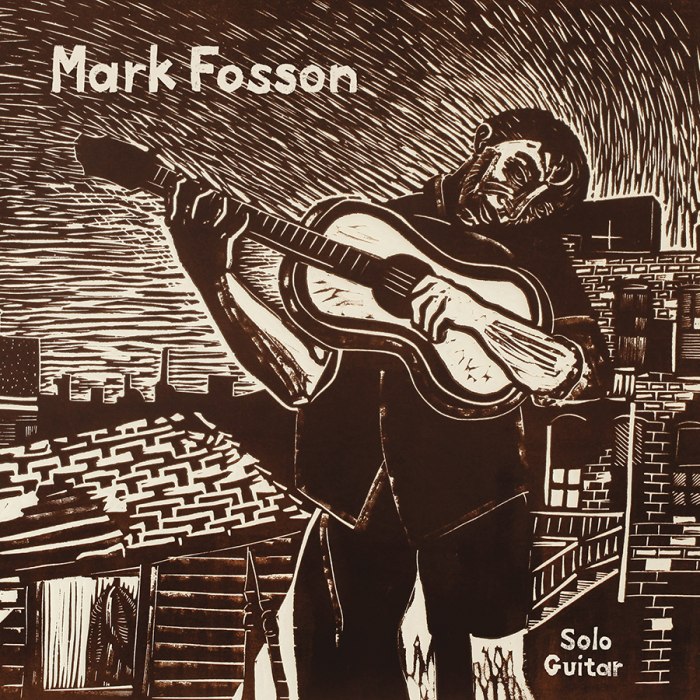 Digging in the Dust, the reissued demo tapes by Mark Fosson that he sent to Takoma Records in the late 70s, was one of the first records of a rediscovered American Primitive guitarists I've ever heard. Sure, there was Robbie Basho, Peter Walker, but the forgotten recordings by Don Bikoff, Max Ochs or Mark Fosson were a bit more intriguing to me. And many more followed over the last years, with a growing interest into american steel string guitar solis.

Solo Guitar is now Fosson's 5th album, released again by Drag City where he debuted in 2006 with his original Takoma recordings.

Comparing his early demos to his current work shows what a highly skilled player he was from the beginning. The only thing I notice is, that he played much faster in his early days, but always very precise.

This is classic Takoma school American Primitivism, and if you love the shimmering sound of a 12-string guitar, you will love Mark Fosson's work.

You can order the album and listen to more snippets from the album on the Drag City website or you download Mark Fosson's music from his bandcamp page.

The cover artwork is a linocut from 1950 by printmaker and artist Jules Heller.

All images by Jules Heller