The Missunderstood Genius
dig something from 19 years ago 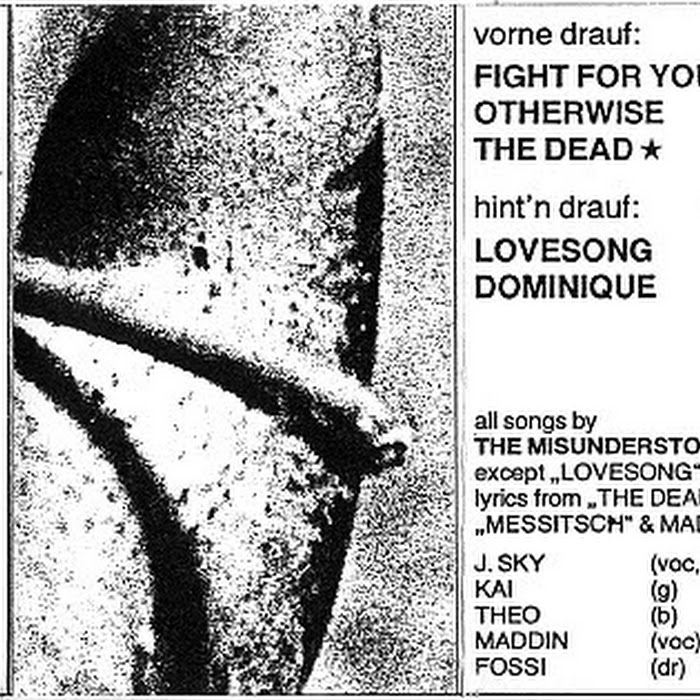 Fuck, how time flies... around 1991 I switched from being a Metal Kid to Punkrock, because I explored weird music that was played on the post socialistic radio station for the youth (east germany, y'know).
I taped these broadcasts, without any knowlege about bands and stuff. Tapes where important these times. Today tape releases are a bit anachronistic, I mean - would you start putting out CD-Rs in 10 years because it's vintage style? Tapes are dead... (they told us, Vinyl is dead too ;-))
Anyway - I taped lot of music, without tracklist, and there is a really worn out tape, that's still in my collection. It contains some early, pretty dark and sick Babes in Toyland stuff and two great tracks of bands I don't know.
Dark, rumbles between Punk and Indie Rock.
Now 19 years later I solve the mystery of the two tracks, that I had never get out my mind.
I go through the playlist of that radio station with that Babes in Toyland tracks in mind and finally found it. And to my surprise - the track I've searched for is online.

So this melted my brain as 13 years old kid:

The Missunderstood Genius was a Band from East Germany, formed after the fall of GDR.
They recorded 2 tapes - that's all. Nothing much is known.
Fight for your Müsli (Müsli means cereals) is a dark rumbling garage punk track that kicks ass.
You will find 2 additional tracks here.

The other track was More by Sharon Tate Childrens, a band from West Germany, with Hammond organ. I think these times it was absolutly a no go for "punk" bands, using keyboards. But this song is fucking cool. Luckily I've found the 7" of that track and hopefully I get it the next days. I am so exited. Maybe I am able to post this.

Thanks to Lutz Schramm for keeping up the archiv of his radio broadcasts.

PS: As bonus to this post I've dig that video of Catatonic by Babes in Toyland.
The part at 1:10 is stunning, as the whole track... hell!