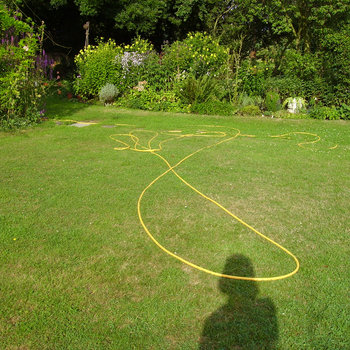 After discovering Nick Castell's music last week I wanted to know more about him and his music. So I did this short interview with Nick. And he was so generous to give you, the readers of this blog, his Hiss Hog Porkestra albums for free or better on pay what you want base over this weekend. So if you like what you hear you can get it. And it's always a nice move to give something, because it's easy. So turn the music on, read the interview and enjoy.


Hi Nick, how are you?
Tell us, where do you come from? How old are you?

I’m 23 years old and live in London. I’ve also lived in Essex, Brighton, and Portland, Oregon. All are places I love for different reasons. Portland has the trees, Brighton the sea, Essex has rolling fields, and London has the culture!

When did you start making music?

And what are your influences?

I know people will always assume that I listen to a lot of John Fahey, Robbie Basho, Steffen Basho-Junghans, Nick Drake et cetera. I do listen to all of this and I do love it but there is so much more to the world of music I inhabit. Some of my favourite composers take folk motifs to make ‘art music’, composers like Béla Bartók and Osvaldo Golijov. It is perhaps their approach rather than their music that influences me most. I listen to hours of field recordings from all over the world every week as well as ‘classical’ music from Dowland to Poulenc and 20th Century popular music styles.

My approach to music is the approach of the ethnomusicologist; I studied ethnomusicology courses at university but this was already how I approached it. I think it was exploring the internet as a teenager and being massively disappointed in radio. It made me feel like each discovery was a personal achievement. I devour all the music I can find and delight in the obscure. That excites me. And I like that my music can be that to other people, something stumbled upon. There is no music I wont listen to at least once. I like to understand how a piece of music, a recording, or performance is put together by taking it apart and reconstructing it. I do this with food too. But never with cars or computers or anything mechanical. That's different somehow.

You have some different projects running. How do they differ from each other?

All the pieces I put out under my name are solo pieces. Solo instrumental music is very special to me because it is so intensely personal. I have many musician friends too and I love to play with them. Group performances have complex layers that a soloist cannot achieve alone. The idea behind the Hiss Hog Porkestra is that, by multitracking myself playing many instruments I can get a bit of the best qualities from solo and group performance: the personal and the interlocking layers. It definitely has its limitations and I think some of the spontaneity and fluidity of playing with a group is missing. But I enjoy making music this way and I can achieve something very different to when I play in a group.

Where does your interest, in this kind of traditional folk music, come from?

Like many teenagers, I started playing the guitar because I loved Jimi Hendrix and Nirvana and from there I went to singer-songwriter stuff like Neil Young; from that point the next logical step is an interest in western European/American folk music. From there you can see how I became interested in the traditional musics of the world. Really though, I am just as interested in non-traditional popular music forms. I’m certainly not a traditionalist. All of my music is very modern but draws on what’s been before. Something like standing on the shoulders of giants…

And in general where comes the interest in this kind of old-time folk music nowadays?

I mean, internet makes it easy to discover gigabytes of unusual music and in this modern world, some kids start to listen to traditional music.

I find it a bit strange, because when I was a teenager I listen to lot of punk and experimental stuff and music with acoustic guitar was kind of outdated in the mid nineties. Maybe a matter of time.

And I never ever listened to local traditional music (think of Bavarian brass music, even if I am not from Bavaria). So I try to find out, why you and other start to play and like this music (thinking of all that so called Alternative Country music from the States etc.)

It's the music of „your“ grandparents... What do you think?

For people my age I think a lot of the interest in ‘old-time folk music’ comes from the same place as the obsessions with 1960s counterculture or punk music. To me it all comes from a romanticisation of a time and/or place that never really existed, but has come to exist in the imagination. Throughout the twentieth century traditional music was re-remembered in many different countries and cultures for political, cultural or commercial reasons. In many ways, I think most of us are just buying into those myths, imagining lives that are far simpler and more one-dimensional than our own lives because what we are picturing is entirely fictional. That’s what makes it comfortable too and difficult to break out of.

Nowadays I always try to appreciate the time and place I live in and to enjoy the whole range of music and cultural expression that has gone before and not just one carefully defined epoch. I find it difficult to break out of these comfort zones at times but I think it’s very important to do.

How do you record your music? What are the steps from first idea to the recorded result?

I mostly record alone in my bedroom. Usually I spend a day or several days on a piece of music, often pulled from pieces of improvisation. With the Hiss Hog Porkestra stuff, I will spend a few days writing the initial idea on guitar or banjo and then let the rest of the instrumentation come about more organically as I’m recording. A Hiss Hog Porkestra recording can take anything from three to twelve hours. Once I’ve started recording, I do it all in one go.

What is more important - a perfect elaborated idea or loose improvisation?

What are your future plans and dreams? Someone you like to play with?

There are many musicians I would love to play with and some of them I do not yet know.

Honestly though, I work in a museum in London as well as making music, this is what I want to carry on doing for now, it’s what makes me happy. So long as the world continues to astound me and I can continue to create something out of this, I’m happy to just live my life.

Thanks for taking the time to do this. I really love the ethos behind your blog and have come across some great music on here.

Thank you for the music and interview. Communication is the key. 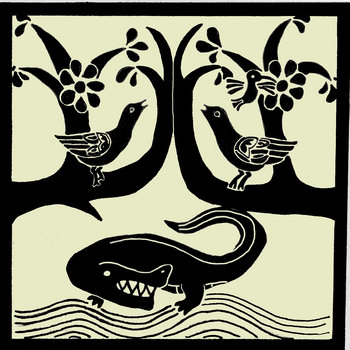 Cinnamon Shops Suite is now available to purchase as a download or as a limited edition CD-R. The eponymous suite is inspired by Bruno Schulz's novel (often known as 'The Street of Crocodiles' in English-speaking countries) with music by Nick Castell and artwork by Ed Castell.