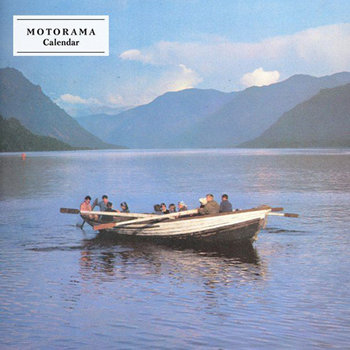 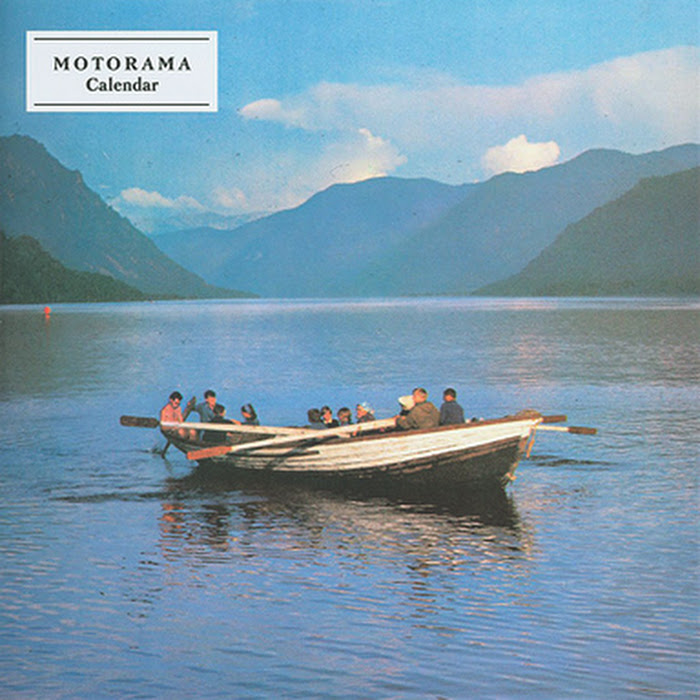 From the fields of American Primitive music I need to take a short trip to Russia for one of the favorite bands of the DFBM staff.

Motorama is maybe the most popular* band from Russia to date.
One may criticize them for their obvious Joy Division/80ties Wave reference - but who isn't influenced by Ian Curtis and Joy Division and the eighties sound in general?

Motorama are able step out of the Shadowplay of their idols, with each new album/ep. Today they present with Calendar, their first proper physical release which comes out in November on the french Talitres Records (Alps was selfreleased on CD(r) and a big download hit).

Alps was such a coherent and wonderful album, so I was always wondering how will they go further, how will they develop their sound? So Calender is held together by their well known basics like the the super melodic basslines of Irina Marchenko, the danceable, upbeat drums with lots of 16th fill-ins by Roman Belenky and the melody guitar and bariton voice of Vladislav Parshin.

At the moment I can say During the Years, wins together with To the South an earlier released track on a compilation.
On Two Stones, Parshin sounds a lot like Paul Banks, holy crap.
At all this album might take some time to develop and I think it's hard to make a great band even better.

You can read a current interview here, where they talk about the new album, Joy Division influences, their travel to Mexico and how they met Erlend Øye of Whitest Boy Alive, in Berlin and how he wasn't pleased that much by Motorama's music. (You should be able to read/understand russian or use a translation service and interpolate the nonsense with what they might really have said).

Oh and you can stream the whole album there! So go and listen!
Then pre-order the Vinyl or CD version!

So I wish to see Motorama live again, on tour, together with Girls Names. That would be super ace. Now Kiss!

EDIT - Two days later. I was listening to the album a couple of times and frankly stuck on last third of the record. The last three songs are easily the ones which stick out. The middle part is quite homogenous. The first third sticks out with To The South.
In the meantime I've also read some reviews (mostly from Russia) and there was not so much excitement in general. They talk about how their music didn't develop that much, how they still beat a dead horse (called Ian Curtis) and what else.

As I wrote before, I've got no problem with a Joy Division blueprint (and Motorama are far  away from having them as the only reference). I've got no problem if a band copies itself (and this happens on Calendar in bits and pieces). The only thing that counts is, that the music touches me, makes something ring. And it still does. So everything is alright.

I would have been a lucky goth kid, 15 years ago if there where bands like Motorama, Black Marble or Girls Names around. But I was socialised by really boring Joy Division blueprints from the third Goth generation. So I feel quite well listen to this without imagine vampires and shit.

Another point might be that Motorama, as a band from Russia, is exotic in the worldwide, western music market. I know a few punkbands from Russia (not the pussy riot!) that are known internationally - but at all, the english market is not interested in stuff that language sounds funny (even if Motorama sings in english). Of course there are exceptions like Sigur Ros which sounds so so exotic and fairy like (tzz), or Rammstein who export their teutonic martial imagery successfully to the world. But I think the label "Post-Punk from Russia" helps them somehow, because it was such a perfect blueprint of the best elements that people connect with this genre.

So my conclusion is, Calendar is not as strong as Alps. They've developed bits and pieces in their music which are noteable after a few listens and which are worth to discover. Now listen by yourself.

* sorry I forgot the Pussy Riot - but they are not famous because of their music. 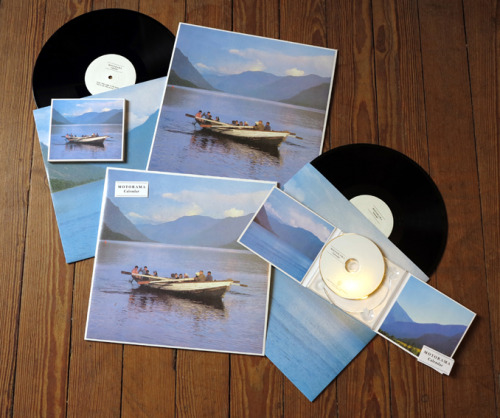