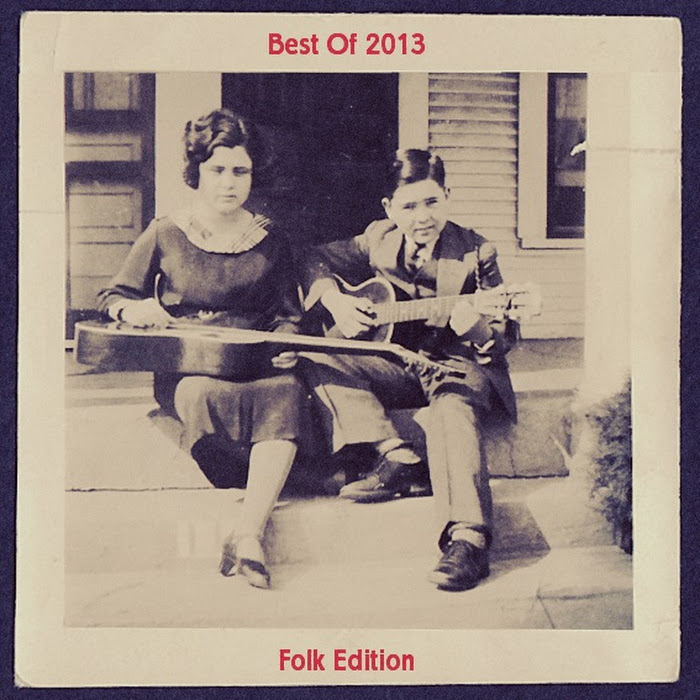 Here are all the Dying For Bad Music favorites with focus on acoustic guitars and folk roots.

American Primitive was a big thing in 2013, you'll find a lot of lists out there which referring to this term and they might list the same stuff as you will find here below.

I would claim that Daniel Bachman is one of the main reasons, why John Fahey's coined term "American Primitivism" got so much attention lately. He was touring constantly the last 3 years and recorded a bunch of really high quality stuff, evolving from record to record and he is young and very convival. So I am looking forward what happens to all the solo guitar guys in 2014. Will they move on to long winding electro guitar jams, like some (Nugent, Gunn, Forsyth) already did?

Oh and I know it's kinda lame to list my own DFBM releases here, but hey, if they weren't my favorite records I wouldn't have released them, right?

Songs order goes with the flow of the mix, no weighting! I hope you'll enjoy!

So here you go:

So that's it for 2013. Thanks for reading and listening and thanks for supporting Dying For Bad Music, in which way ever. See you in 2014 in the old or in the new world.

Oh and thanks to Daniel Bachman and Ryley Walker for visiting the Ore Mountains again and play a great set here (see The Bootlegs)!