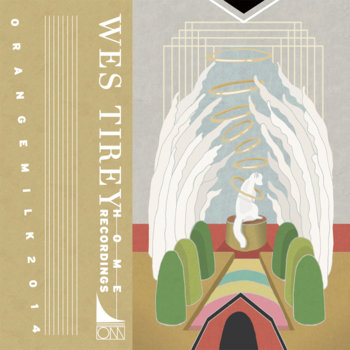 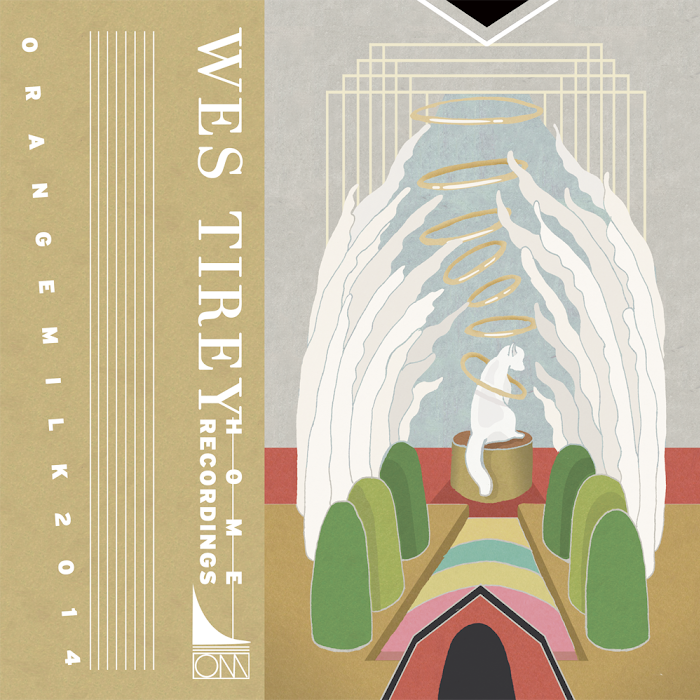 Wes Tirey was recently touring Italy and in the meantime the tape label Orange Milk Records released a cassette with Tirey's homerecordings. Orange Milk Records usually releases experimental synthy bleep drone cosmo electronica and with Tirey they got the obligatory acoustic expat on board and I would say it fits in well.

He's performing legthy acoustic guitar instrumentals, improvised and ready-mades all in good and autentic lofi fashion, with tape-hiss, recorder clicks and creacky woodfloors. I really love the sparse and barebone mood. It's similar to the bleak solo guitar releases of Zachary Hay (aka Bronze Horse, The Dove Azima, Green Glass).

I wonder about the story behind Her Name Was Jackie. This sounds like a flashback from my post-industrial, power-electronic days where tapes were filled with distorted speeches of some maniacs (first choice Jim Jones). I just lacks a bit of annoying feedbacks and high frequencies (to put the listener in a higher state of whatever...). So Wes, what is it about?

This tape (or just the download) is highly recommended if my humble description of the music rings some bells (or strings) in you.

Tirey is a musican with his own vision and I would say he's very focused to build a unique sound, so keep an eye on him! (and check out the DFBM re-release "I stood among trees" if you haven't already done so)