The Black And White Years
Real! In Color" + Demos 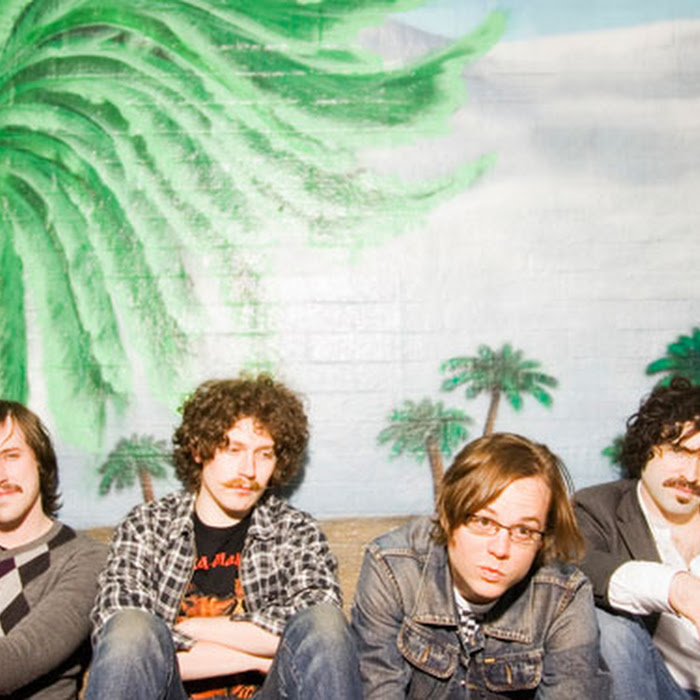 # indie, dance
Genre: Indie Pop, 80ties Wave, Dance
Label: Self Release, MySpace, Demos
Similar Artists: of Montreal, Talking Heads
The Black and White Years are an Indie Pop outfit from Austin, TX. As far as I know, this is a melting pot for good music. I found them more than a year ago on myspace, or better they found me in aquire new fans. Well it worked and I always check their myspace site for infos, when the 1st real record will come out. I like their mixture of Twang, Reggae (I normally hate offbeat reggaelike music, except of jungle stuff and old Dub records ;-), 80ties references and danceable Indie Pop. In some cases, they got a similar Drumprogramming like the later stuff of of Montreal (my hidden love). So I really enjoy their music and their style and their moustaches :-{).
The BAWY Backcatalogue is a bit mysterious. There must exist an EP "Real! In Color!" which was available as CDr and as iTunes download. I'm not sure about that and it's hard to find out (or I didn't read correctly).
Just today I've found a complete Demo on mp3.com. So I pack all early stuff, that I collected, in one archive for you. Some tracks are double or versions or maybe it's incomplete/false track numbering, but I hope you will enjoy them as much as I do.
You can listen to their full 2008 Release on last.fm it sounds more professional and it's produced by the Talking Heads Keyboarder Jerry Harrison, but for some reasons, I love their Demos much more. In any case, this is a Band you should support!

and here a nice home recorded video of a living roomset.