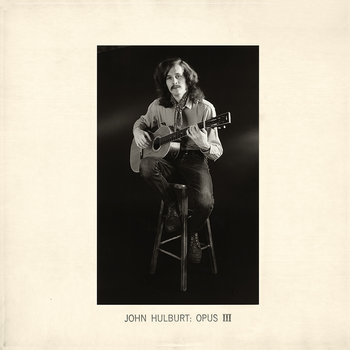 Guitarist and singer-songwriter Ryley Walker discovered John Hulburt's 1972 private press LP in a Chicago record store, loved what he heard, and teamed with Tompkins Square to produce the reissue.

John Hulburt (1947-2012) was a member of legendary mid-60's Chicago garage rock band The Knaves, whose records were recently reissued by Sundazed. Opus III showcases his exceptional talent on the acoustic guitar, proving somewhat of an anomaly in a city not known for its solo guitar recordings during this era.

Walker writes in his liner notes, "Solo acoustic guitar music was adopted by several in the Berkeley school and the ever expansive roots fanatics in the South, but here in the middle of the country with harsh winters and the landlocked prison of corn fields, it was almost destiny that the amplifier assault of electric blues and controlled chaos of dance music came from the South Side."

Opus III has another notable Chicago connection : It's one of the earliest studio credits for Styx and Ohio Players engineer / producer Barry Mraz. Styx's debut album would also be released in 1972. 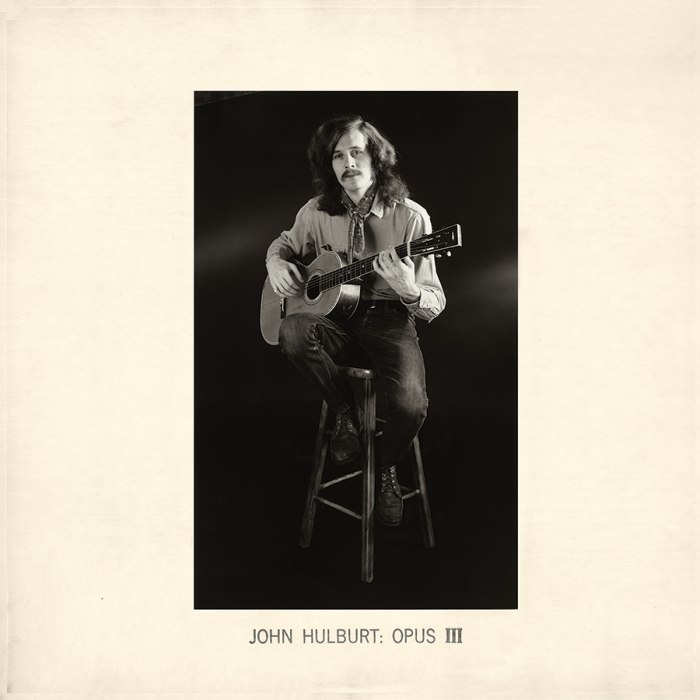 In this case, Ryley Walker, Tompkins Square alumni, found the long forgotten Opus III LP in a Chicago record store, dug it and shared it with Tompkins Square owner Josh Rosenthal. I guess it was a no brainer for Rosenthal to reissue this.

There were not much traces of Hulburt on the internet before this reissue. There are recordings of The Knaves, a sixties garage rock band he founded and an early eighties video of Hulburt, playing some folk tunes in a bar in Chicago. With this release and the nice informative booklet, he's got some international attention that this record deserves, even if it is post mortem.

This album counts 20 titles, so it's approximately two minutes per song - mostly solo guitar, some with lyrics and even a flute shows up. The overall vibe is like the guitar guys on the Numero Group compilation "Wayfaring Strangers", kind of jazzy, blues virtuosity. I am not sure if there was a different style played up North in Illinois, Minnesota, Wisconsin (I am thinking on Mark Lang, Jim Ohlschmidt, Leo Kottke) than more down in the South. Maybe.

The fine guys at Aquarium Drunkard wrote a much more in depth review about this record and even found a connection between Hulburts work with The Knaves and this solo acoustic guitar album. So check their review out and of course this wonderful reissue.