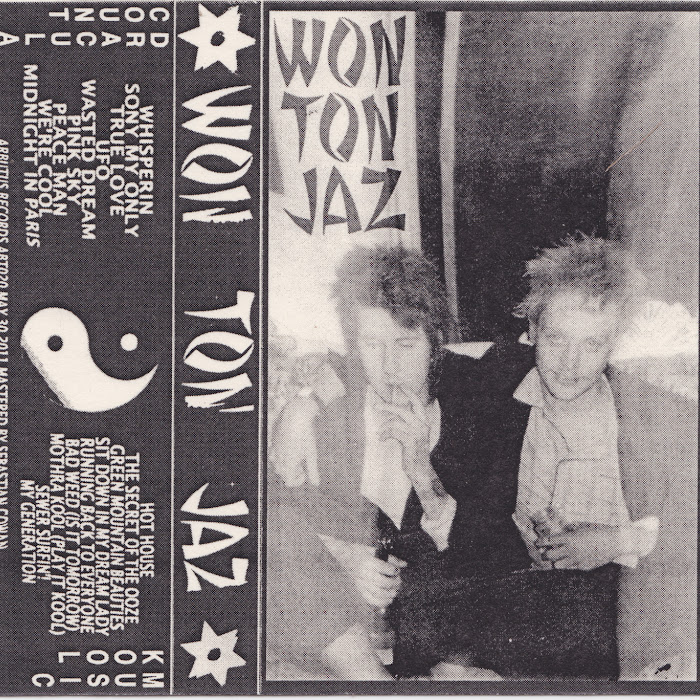 Sean Nicholas Savage brought us the gorgeous Movin Up in Society tape last year, just to release two more albums in a short time. And from his lofi indie pop he shifts to some kind of lofi disco funk. Not 100% my cup of LSTea, but fun to listen nonetheless.
With that Won Ton Jaz tape he surprises again.
He teamed up with Jasper Baydala aka Kool Music and they did this split.
On first view it looks like an eighties punk cassette, but Kool Music sends you some waves which sounds like the looped transmission of AM radio stations jingles from the eighties.
On the other side Sean Nicholas Savage expanded his Discoploration Sound to a kind of weirdo reggae-space-pop.
The whole tape sounds like a cassette that was overdubbed 1000 times with stuff from the radio. David Bowie, Boy George, The Police, of Montreal, Ariel Pink, UB40.

Pretty cool music and weird at the same time. Where of Montreal overdo their effort to make sexually loaded funk pop, Savage just keep it simple and effective.