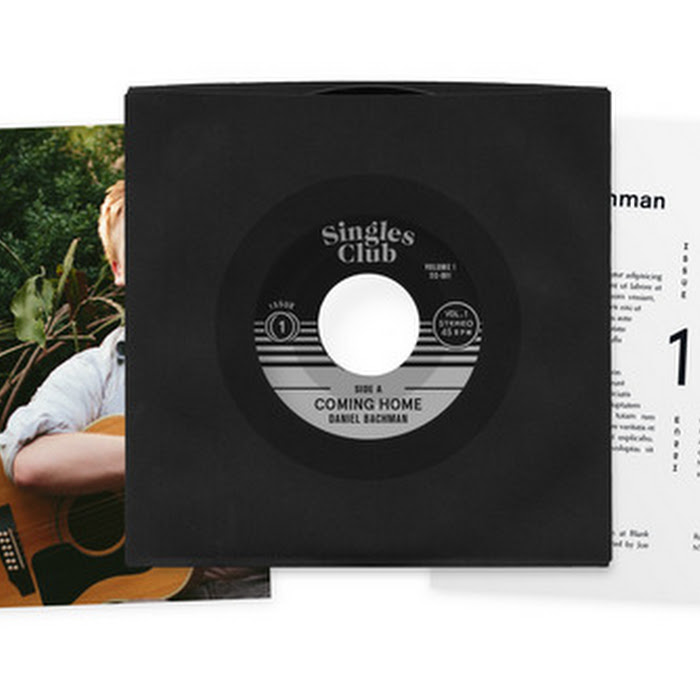 Singles Club starts in January 2014. Subscribe and Kickstart the thing.

One of the most prolific guitarists today, Daniel Bachman kicks off the subscription serie of 7inch records that will start 2014 and get heavily advertised since the last few days, because - Brooklyn musicians Jeffrey Silverstein and Chris Muccioli do it right. And they have some reputation to not slip into the trash folder of music journalists and tastemakers.

Start strong with three releases you know are gonna sell - NOT just stuff you like. -- Josh Rosenthal in QRD Interview

So I would say, choosing Daniel Bachman is a great start, because he is mentioned "everywhere" right now. For a reason!

Releases are planned by Small Sur, Woodsman and Wisdom Tooth so the music ranges somewhere between pure acoustic, folk and psych rock to lofi, bedroom stuff. Every 7" contains an exclusive track and interview on the B-side and a digital magazine.

The overall presentation on their Kickstarter page is promising and looks well thought out. Although I still find the idea of Kickstarter a bit lazy. But maybe it's just me, who is avoiding loans at any price. The idea of music subscription is nice and I like 7" as a format, even if it's hard to sell - especially in record stores (as I found out last weekend, flipping through boxes of 7" of artists I've never heard about before), but probably the subscription idea saves it and the overall media presence to raise the 10.000 bucks to start through.