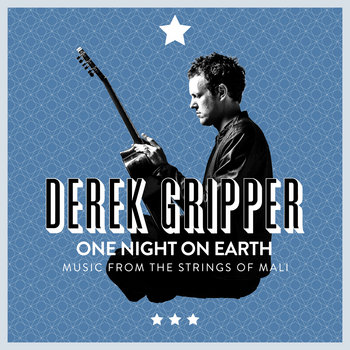 One Night on Earth: Music from the Strings of Mali
by Derek Gripper

ONE NIGHT ON EARTH ~ Music from the Strings of Mali
DEREK GRIPPER ~ SOLO GUITAR
www.derekgripper.com

All guitar arrangements by Derek Gripper and available in score from http://www.derekgripper.com

The recording of One Night on Earth was made possible by the generous contributions of many wonderful people.

The kora which is a 21 string African harp-lute made from a skin covered calabash with a hardwood neck is described by Derek Gripper as “one of the most complex instruments in Africa, an instrument able to perform bass lines and harmonic accompaniment while simultaneously improvising virtuosic melodic lines, creating the impression of a three-piece ensemble on just one instrument.”

“Gripper has cracked it…his playing has a depthless beauty, which does full justice to the complexity of Toumani’s compositions. To do so without any hint of the music being dumbed down is a staggering achievement on solo guitar…Gripper’s record genuinely complements Toumani’s music, and the more resonant sonorities of the guitar give the record its own baroque attraction…Gripper’s extensive liner notes are a tour de force, too – it’s one of the most perceptive and insightful pieces ever written about the kora and the compositional qualities of Toumani’s unique music.” [Nigel Williamson, Songlines Magazine] read full review

“…one of the most atmospheric recordings of guitar music, of any kind, that I have heard…Derek Gripper has been grappling with the almost overwhelming task of ‘transcribing’ the music of the Kora to the solo guitar. More than a labour of love, Gripper has brought a new purity to the dream-like improvisatory nature of these compositions…the music is mesmerising…the phrases never seem to repeat themselves, although they also appear to move in concentric circles whilst soaring above you in the sky….The drones and ornamentation intertwine in a rich, beguiling counterpoint. My recording of the year, so far!” [Tim Panting Classical Guitar Magazine UK]

‎”The result is astounding, not just for its technical brilliance, but its musicality. Gripper executes these pieces with the precision and attention to detail one might expect from a great classical musician…It’s hard to imagine a more impressive and passionate rendering of Malian music on classical guitar, particularly from a person who has done it all his own way.” (Banning Eyre, Afropop Worldwide) Read the full review

an “extraordinary set of instrumentals…with a unique and quite astonishing guitar technique…at the same time tributes and also very intense, personal takes on the originals…there is a feeling of freedom that is liberating to listen to…he succeeds magnificently…A true synthesis and a great album.” [Ian Kearey, fRoots]

“Doing sublime justice to this music on six strings is an incredible achievement…enormously successful…this music is more about Agape than Eros. As with the excellent album, it is music that leaves you feeling a little more than human, a little better than human. [Chris Roper, Mail and Guardian] Read full review

“Gripper has created more than just transcriptions of kora music but has given listeners a sincere and thoughtful album of music. The synthesis of transcription and personal arranging is what makes this a spectacular achievement on guitar. Gripper is so at home with this music and that makes it more special than most albums I hear on classical guitar. Never do I feel he is struggling or ‘trying’ to pull something off.” [Bradford C. Werner, This is Classical Guitar Read full review"

"For One Night on Earth, [Gripper] does not merely expose the voluminous rotundity of each quivering string, he takes the six strings traditionally allocated to Western guitar and transplants them into the world of the 21-string kora. It is an audacious operation which, in lesser hands, would prove disrespectful and, possibly, disastrous. But Gripper…is a master musician.” [Mick Raubenheimer, Rolling Stone]

Derek Gripper
One Night on Earth: Music from the Strings of Mali 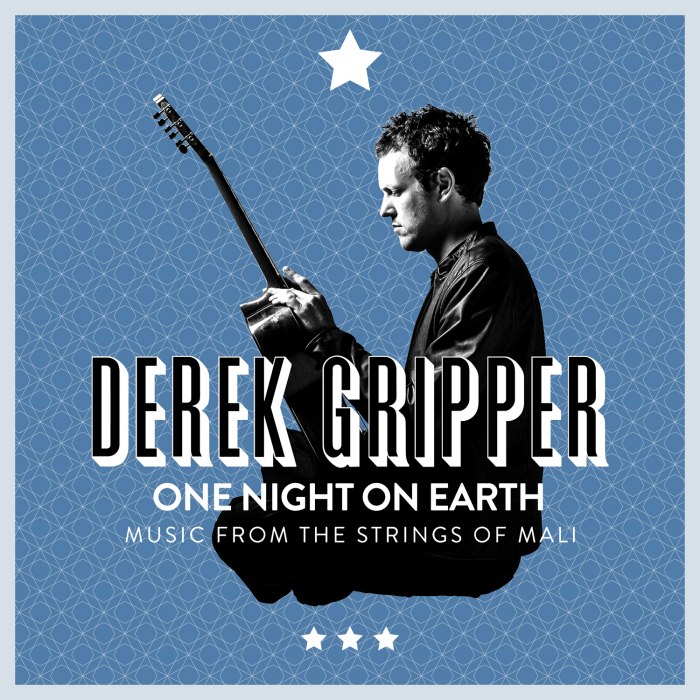 Derek Gripper's album took me by surprise and I am playing it up and down for a week now. It's been a while that I was captivated by a solo guitar album that much.

A few weeks ago I was posting some vintage photos of a unique looking guitar on facebook, asking if someone has any more information about that model. One user came up with the brand name and another was posting a picture of a record cover of Ali Farka Touré, playing that kind of guitar. I've never heard of him before but apparently he is the king of desert blues and the story how he got a guitar from Bulgaria is quite interesting (see the comments on facebook).

I really loved Touré's music. It was something new and something I was surprised I would like. Not that I am narrow minded (maybe I am), but I feel like most music from outside the Western hemisphere gets the label "World-Music" slapped on and then it's either some sort of cheesy relaxation muzack or it's mixed it with jazz and presented as highlight on some music festival.

Labels like Sublime Frequencies and others changed that and now the more raw and authentic stuff gets out too and that's what I am interested in.

Derek Gripper is not raw. He's a virtuoso, a classically trained guitarist from South Africa who arranged the traditional Kora music from Mali for guitar.

The kora which is a 21 string African harp-lute made from a skin covered calabash with a hardwood neck is described by Derek Gripper as “one of the most complex instruments in Africa, an instrument able to perform bass lines and harmonic accompaniment while simultaneously improvising virtuosic melodic lines, creating the impression of a three-piece ensemble on just one instrument.”

He is so good at that, When kora maestro Toumani Diabate heard these recordings he disbelievingly asked his host and producer Lucy Duran to confirm that she had actually seen one person play this music on just one guitar.1

The moment I hit play on Kaounding Cissoko I was spellbound by the driving bassline, the melodies, the overall dynamics and Gripper softly humming along.

Jarabi (Passion) and "Ma-Ma" FC are two other highlights that I just listened to over and over again and which take away any reservations that I have when I listen to commercial "world music". It's so masterfully played and with so much passion.

So what he did, as he explains in the TEDxTableMountain : Journey's of Excellence 2015 TED Talk is, without him ever being to West-Africa or knowing any Kora players or know the Kora itself, he started to write down the music and find ways to translate it to the guitar, as one would do with classical music. Watching the talk is very insightful and highly recommended.

maybe you don't have to be from a particular place to enjoy — and share — its music.2

While I was digging around, the name Ali Farka Touré showed up again, so the circle was closed.

One Night on Earth: Music from the Strings of Mali was recorded in one take and you can get a sense of im playing live from this concert setup for the record release.

You can download this album for whatever it is worth to you, on bandcamp.

I compiled some of the original songs in a playlist, so you can compare them to Gripper's work if you want or you just enjoy them as they are. I have to admit that I like the guitar version sometimes more. Maybe because it's more familiar, maybe it's because I was introduced to it first. But check it out yourself, it's fascinating. Scores are available as well. 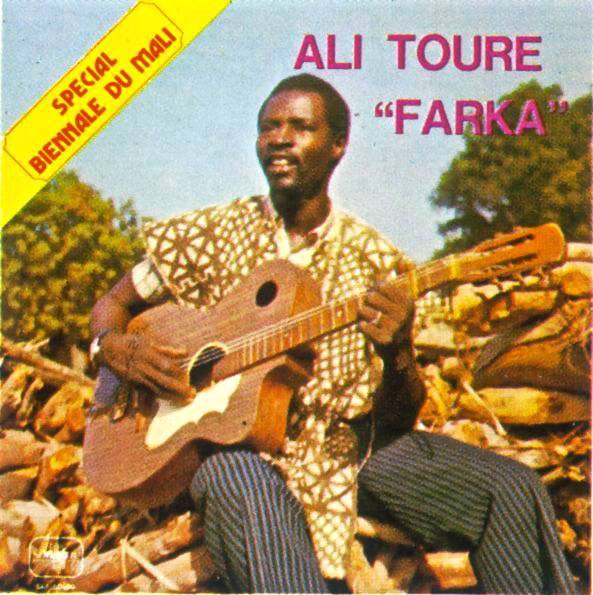 Thanks to Keith Carver aka Asbestos Inc. for recommending this to me.