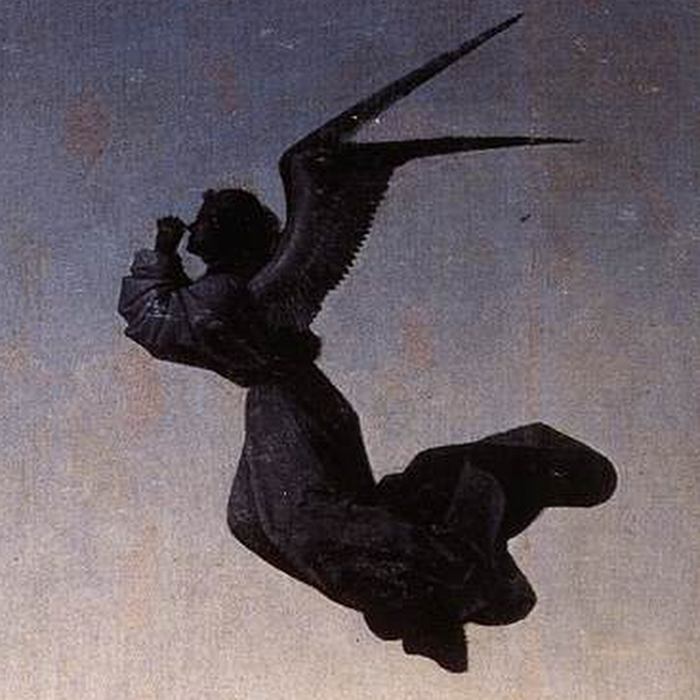 This music is so charming and likeable.
The Flemish Primitives is one guy from somewhere from North America who have an affection for Flemish paintings/art and french poets.
He recorded his music by himself and even if his presentation is in that historic, goth style, the music is superb lofi bedroom pop with some references to Neutral Milk Hotel or similar.
The album (is it an album or more a collection of songs?) starts with Printemps!, a nice punky bassline and french lyrics and that typical delay of the single tracks when recording everything by oneself.
A nice organ pattern shines through the dust and gives a hint about the potential.
Then the second track turns surprisingly to a more medival, sacred psych thing with multiple voices, bells and harmonium. Same with the third track with heavy violin scratches.
And then it goes back and forth, Lofi folk pop at it's best.
There are some sketches in the middle of the album which bring the whole thing a bit down, but it's ok and there is a lot of potential. I am looking forward to more.

no player rendered
Printemps! by The Flemish Primitives

no player rendered
El Desdichado by The Flemish Primitives