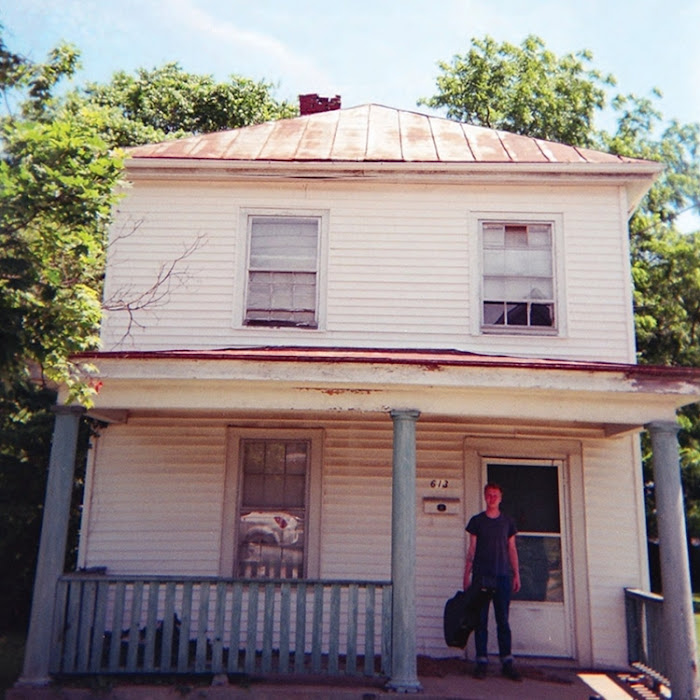 While Daniel Bachman is rambling through the Old Europe (down to the Bosporus this weekend) everything is set up to launch his 8th full length album, Seven Pines. He signed to Tompkins Square Records and he is in good company there. I mean, Frank Fairfield, Mark Fosson, William Tyler, old delta blues guys... it's an open tuning wonderland where steelstrings grow on trees with resonating crowns. Old fashioned but true and timeless music.

Back to Seven Pines; it's mind blowing. Oh be Joyful and Apparitions At The Kenmore Plantation were great examples of his strong and versatile guitar playing skills and Seven Pines proves it again.

If you know Daniel's discography you will find bits and pieces from previous recordings, at example Sunshine Over Old Rag have some Sunny Side Of The Blue Ridge tunes in it. It's great to hear it in a new context and how he develops it further.
Or With Signs Following takes the Bloodroot theme to another place.

So here is the title track which enfolds the full spectrum of what he is able to play. It's  quiet in the beginning and suddenly starts to move, find its way forward. At the 3:20 mark the most beautiful melodyline/pattern appears for a few seconds and then it all gets faster and more hectic and culminates in a clanging noisy thing, which disappears in silence again. Read about the Battle of Seven Pines, crossing the Chickahominy River might be a good reference or image for this track.

The titles of Seven Pines show again Daniels strong interest in american Civil War (Battle of Seven Pines, Copperhead as nickname for the northern sympathizer) and at the same time it's his own homesick blues album, after he moved from Fredericksburg to Philadelphia.

This album will be released on October, 9th and every big record-dealing-website is pushed with these news, so you will get it every where out there. Check out amaz. for sound samples and preorder and shit.

US tour in October is booked, so go and see him.

Here is the Tracklisting for Seven Pines by Daniel Bachman:

EDIT Oct,19th: So the Battle of Seven Pines and Copperhead and civil war reference is made up by me. That's the good thing about music in general - throw in some hints and let the listener make up their own story and they will.