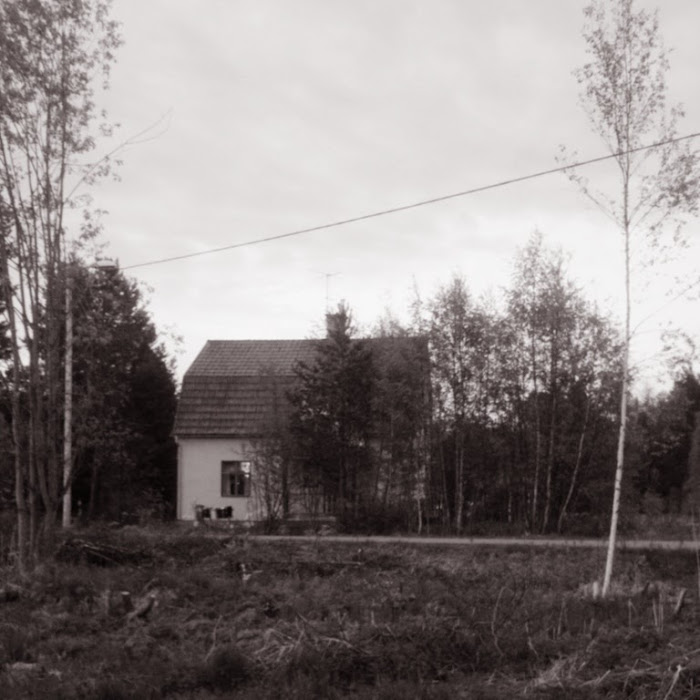 Daniel Johnsson aka Horrible Houses is from Sweden, this could explain why he was under the influence of a yellow house. Not that there are only yellow houses in Sweden, but you know the scandinavian architecture. Everywhere else, yellow means some shade from the terracotta palette (when it comes to paint your house). But this is not about colors, it's about the guitar and there are musicans who feel influenced by Jimi Hendrix and others by John Fahey. I would always go with Fahey - Hendrix never turned me on and I am glad it's the same for Horrible Johnsson.

So normally he records some sweet garage-psych-lofi-pop, but under the influence of the yellow house, beer (folköl) and Fahey he recorded two hands full of lofi acoustic folk pearls. It's not quiet the american guitar wizardry you would expect, if someone mentions Fahey, but there are some clues and a title like "The Rebuilding of the Adelphi Rolling Grist Mill" gives a broad hint,no? He sings a lot and it's full of tape hiss and half improvised and just perfect to listen the first part in the early morning to get the day started with a coffee and the remain of a weird dream in your bones and the second part, late at night, when the brain gets fuzzy again.

Some of these recordings are old. Some are recorded under the influence of folköl and John Fahey. A few are about John Carpenter's "Halloween" (1978). One is about a celebrity couple purchasing a haunted house. Another about a 17th century church. All of these songs are improvised, made up on the spot, recorded to cassette in a kitchen. The tapes were later buried in the garden of the Yellow House (autumn 2009), pictured above, and excavated in the merry month of May (2013). Because there is really nothing quite like a tape that's been carefully mastered by earth worms.

More lofi outtakes and recordings, you'll find on his bandcamp!