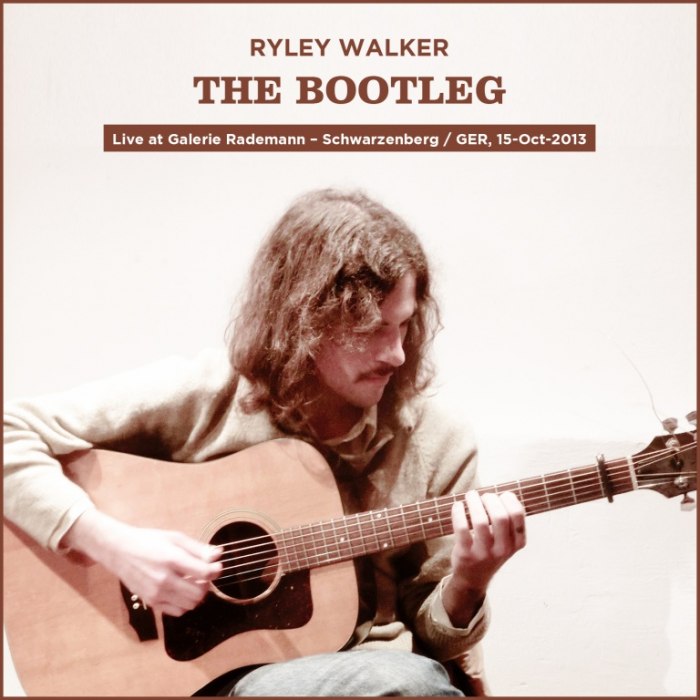 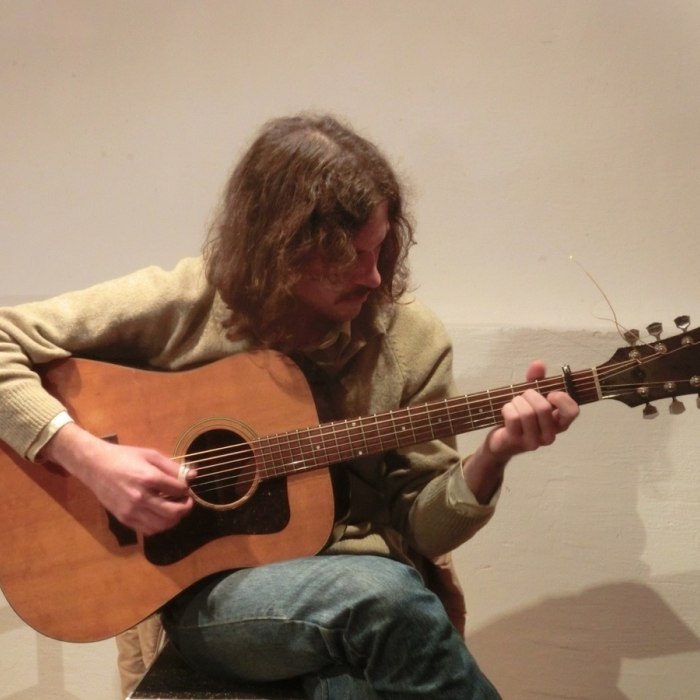 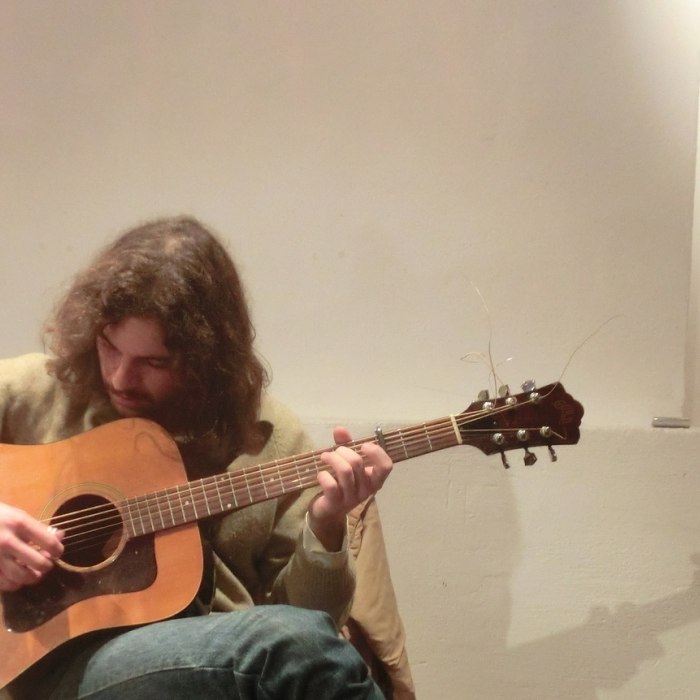 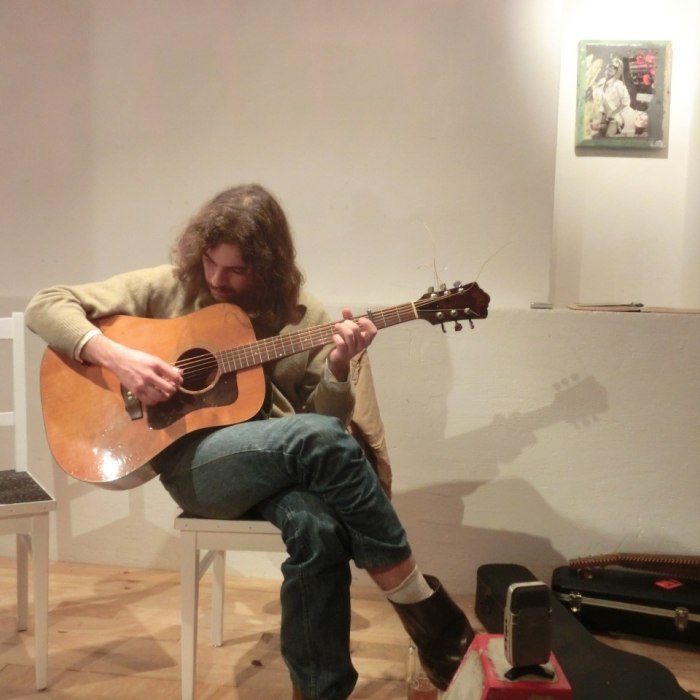 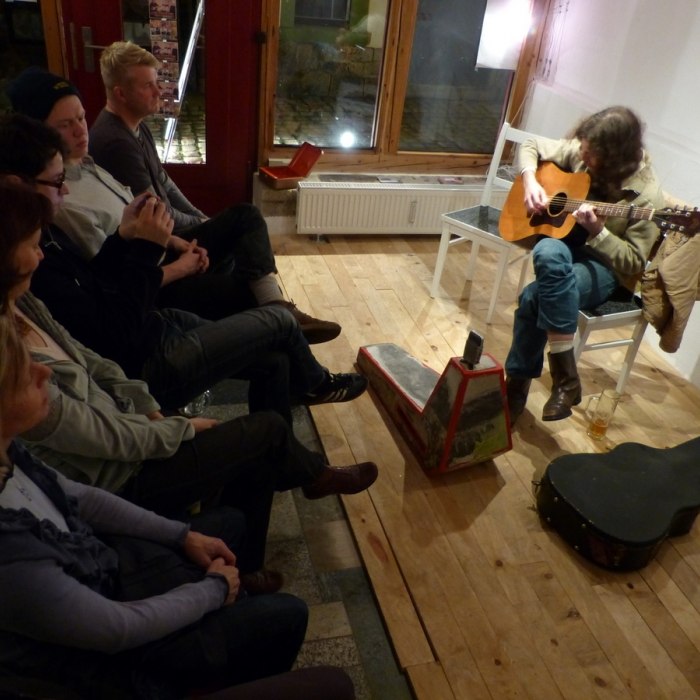 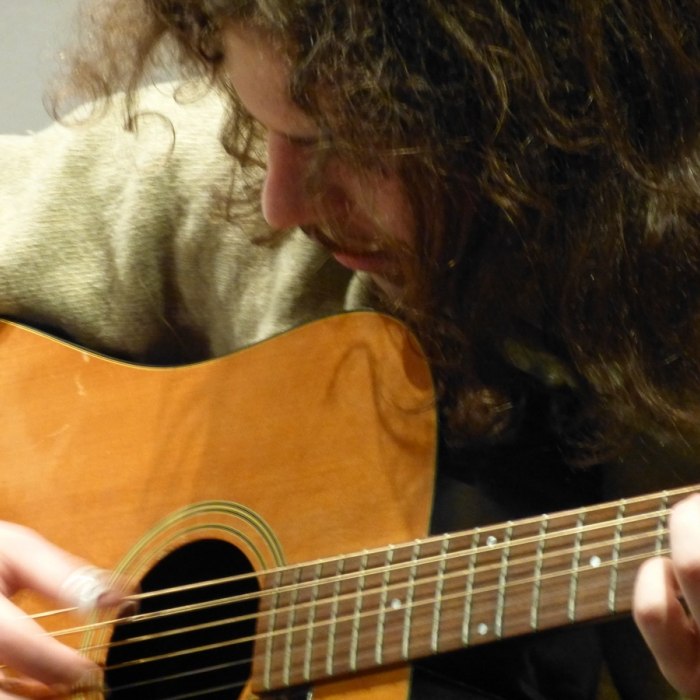 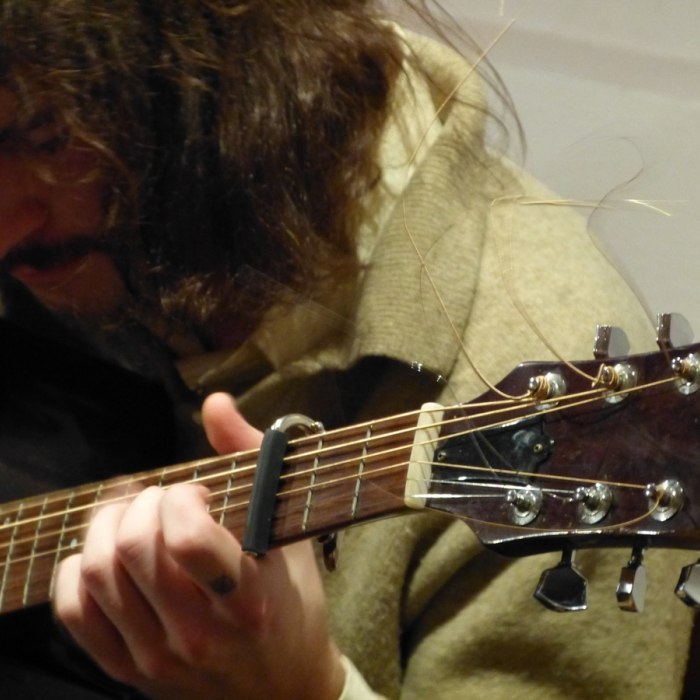 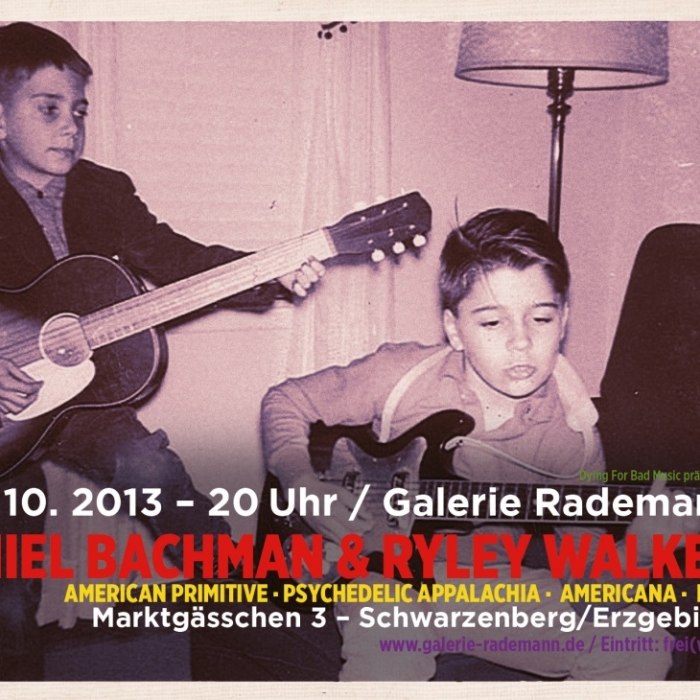 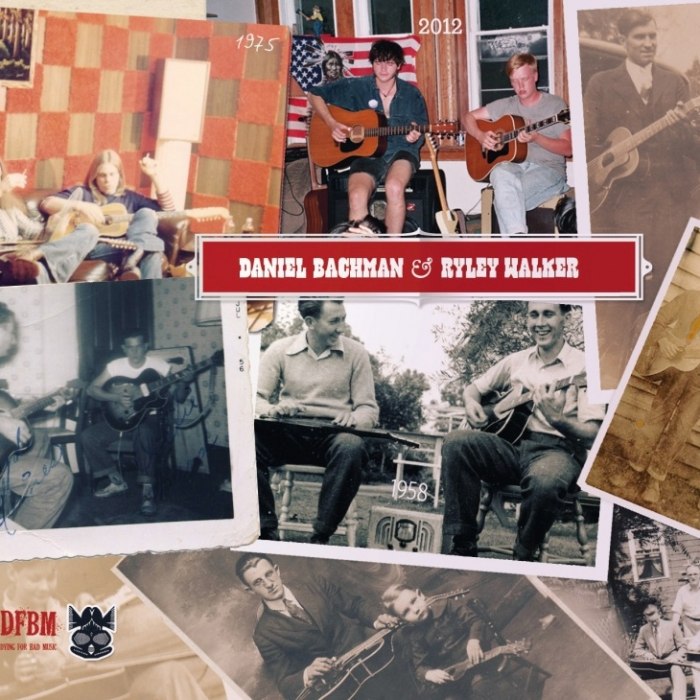 Great performance by Ryley Walker from Chicago, IL. He's playing a handful of cover versions, instrumentals and he runs on beer.

released 17 October 2013
All songs by Ryley Walker, except
“Rosemary Lane” traditional,
“Go Your Way My Love” by Anne Briggs,
“If I Were A Carpenter” by Tim Hardin and
“Blues Run The Games” by Jackson C. Frank

This budding virtuoso out of Chicago is hard to track down. He’s put out several limited-run records and cassettes over the last few years, all of which are sold out and out of print. He doesn’t have a Bandcamp, his Soundcloud page only has three rough demos posted. Here’s what we do know: he released a rough psychedelic American Primitivist record with Daniel Bachman in 2011 known as Of Deathly Premonitions, which can be downloaded here for free. He since changed is style, combining of the contemplative finger-picking a la Fahey with the late-60s/early-70s sensitive guy art-folk of Graham Nash, Tim Buckley and Traffic. The result is remarkably fresh, a sound that is as technical as it is emotive. This is recording is of a solo live performance in Germany last week, posted by Dying for Bad Music. The piece captures Walker’s power at its most raw and vital. This week, Tompkins Square releases his newest EP, The West Wind. Ryley Walker: a name you’re going to want to remember.
Peter Lilles for Frontpsych