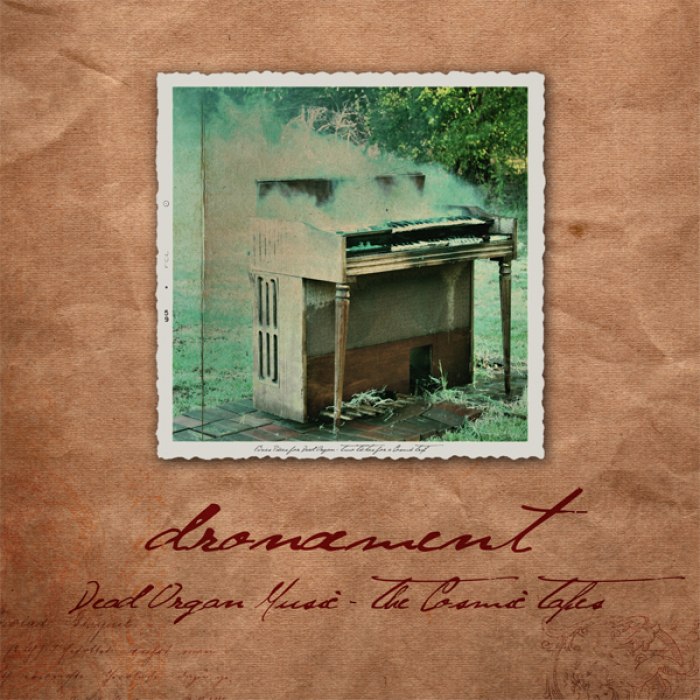 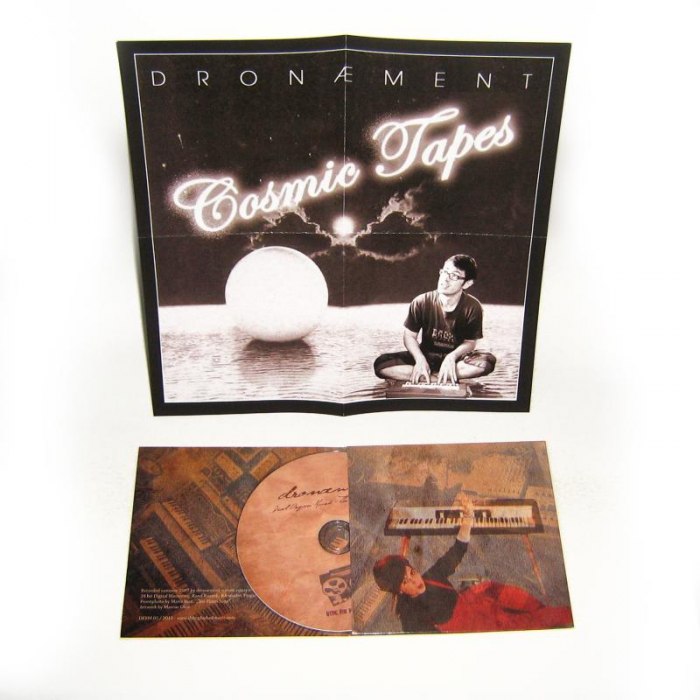 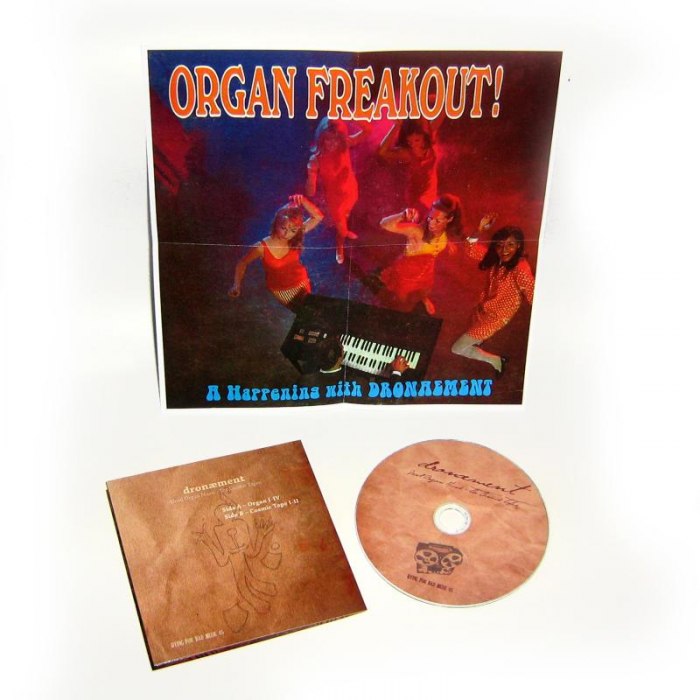 Eyes on the Sky, Feet on the Ground: Since _Kosmische Musik_ happend in the seventies, artists always try to build spaceships from rusty old electronic music instruments fueled with dreams and psychoactive substances. dronæment's "Dead Organ Music" is in the same vein of building spaceships to explore the own inner universe. We could tell you this is a lost and forgotten recording from 1973, but it's not!

After a 3 minutes countdown the spaceship starts smoothly with a sustainable cloud of white smoke. A moment of silence when it breaks through the athmosphere and enter the infinite space. In eliptic tracks the spaceship drift through the emptiness.
The crew receive signals from dead organs and drift into a dream, standing on mother earth. Someone smuggled in a magnetic tape with recordings from home. It’s strange to listen to these sounds in space while they far away from their home planet. It’s a midnight recording someone made when they lay in the grass and starring to the stars.

bq. Got a few CDs in this week from Dying For Bad Music including this little number from cosmic synth droner Dronaement. It comes packaged with a totally rad little 10”x10” poster and a couple of tarot cards. The album itself comprises four ‘Organ’ tracks and two ‘Cosmic Tape’ ones. The organ tracks are all slowly shifting synth drones in the high and mid registers with a tasteful sense of balance and pace that you can really space out to. My favourite of these are the third and fourth, where he layers lots of tiny high pitched loops together to create stumbling, pulsating rhythms. In contrast the ‘Cosmic Tape’ sections have hiss and crackle and delayed twitches underpinned by throbbing bass pulses and simple, slow melodies. It’s these tracks I like best, as they have a kind of Sun Araw-esque post-dub feel about them that’s pushing all the right psych-minimal buttons for me right now. Good shit!
"Mike@Norman Records":http://www.normanrecords.com/cd/131535-dronaement-dead-organ-music--the-cosmic-tapes

bq. Even an old grumpy reviewer sometimes needs a smile. In “Dead Organ Music – The Cosmic Tapes” by Dronæment there is a 10” mini-poster, a cover rip-off of Donovan’s Cosmic Wheel. It makes me glad. The album consists of 6 tracks, ‘Organ I – IV’ and ‘Cosmic Tape I – II’. The first of them only three minutes, the rest between 6 – 14 minutes. The organ tracks are organ drones, mainly played on the high register part of the instrument. The Tape tracks present deeper drones with added electronics. It feels analogue and it feels lo fi, but then, who has ever blamed Velvet Underground for their lo-fi-ness? The sounds of the music do have slow changes, it’s not demanding, but it needs some attention from you. It’s ambient cosmic music for any time of the day.
"Terrascope":http://www.terrascope.co.uk/Reviews/Rumbles_December_11.htm

bq. What precisely was the reason to call some music 'cosmic music'? I no longer remember, even while I am using the same reference too. Its to point that kind of music that is entirely made using a string of analogue synthesizers and some sound effects. Dating back to the golden years, the early seventies, Tangerine Dream, Klaus Schulze, Ash Ra Temple or Vangelis, there is currently a revival of that kind of music - with Emeralds being on top of the scene. Dronaement, also known as Marcus Obst, has of course the best artist name to present such music and delved up some shelved music from 2007. Four parts of 'Organ' music and two parts of 'Cosmic Tape'. This is textbook stuff of what this cosmic music is. Slowly changing, with slow arpeggio's on a bunch of synths, with minimal moves, of which the intentions are to bring the listener into some altered state. Its not easy to say wether this works really well. As a reviewer I can't take drugs whenever the music demands so (although donations
in hard cash to do that are of course most welcome), but the darker cosmos explored by Dronaement is certainly a great place. The four 'organ' pieces as the more minimalist outings here, whereas the 'Cosmic Tape' pieces are even more classic in approach and which can easily be ranked as the best Dronaement stuff I heard so far. Maybe because of the positive buzz around the somehow old fashioned cosmic music clouds my judgement a bit, but this is surely great stuff.