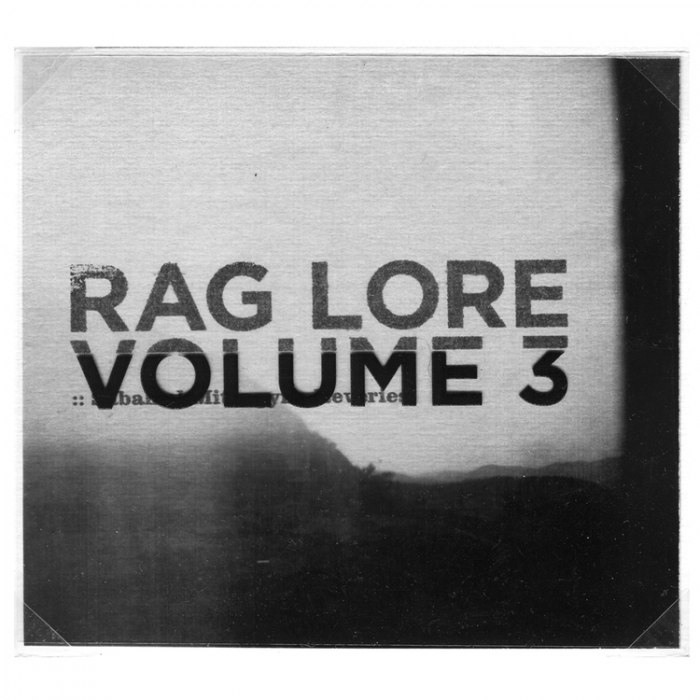 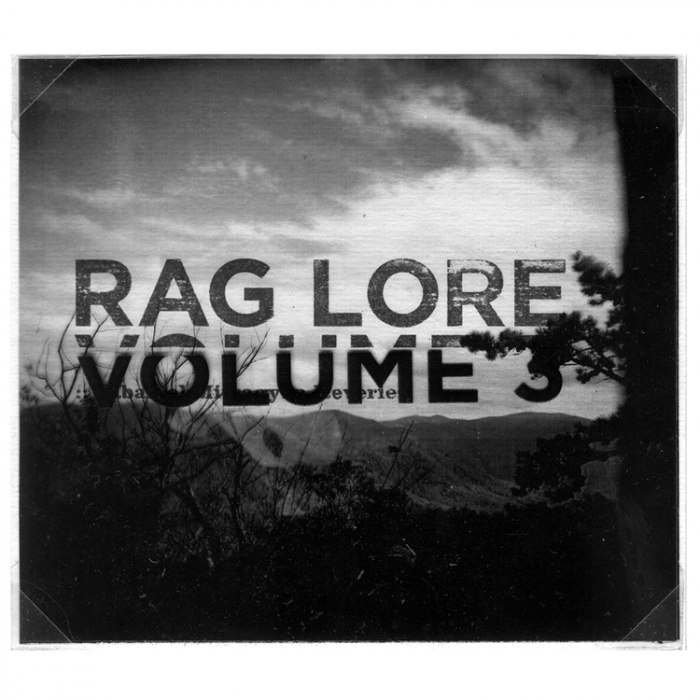 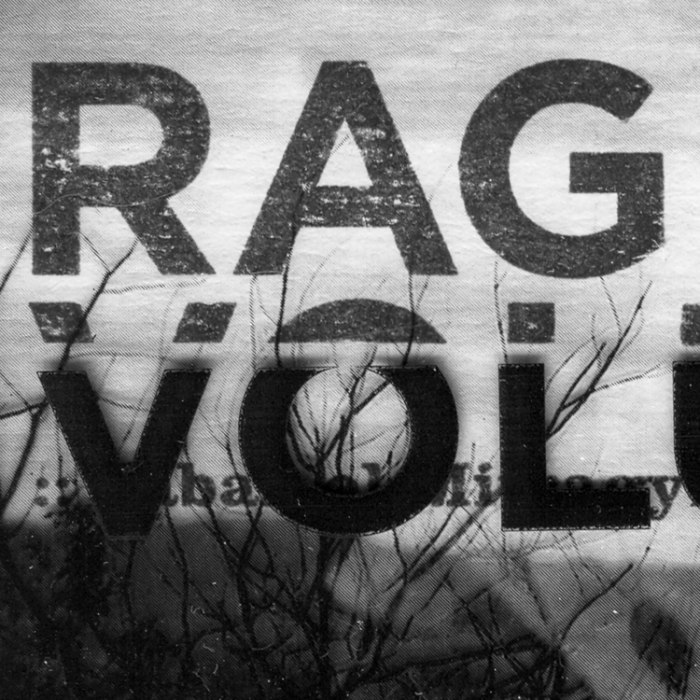 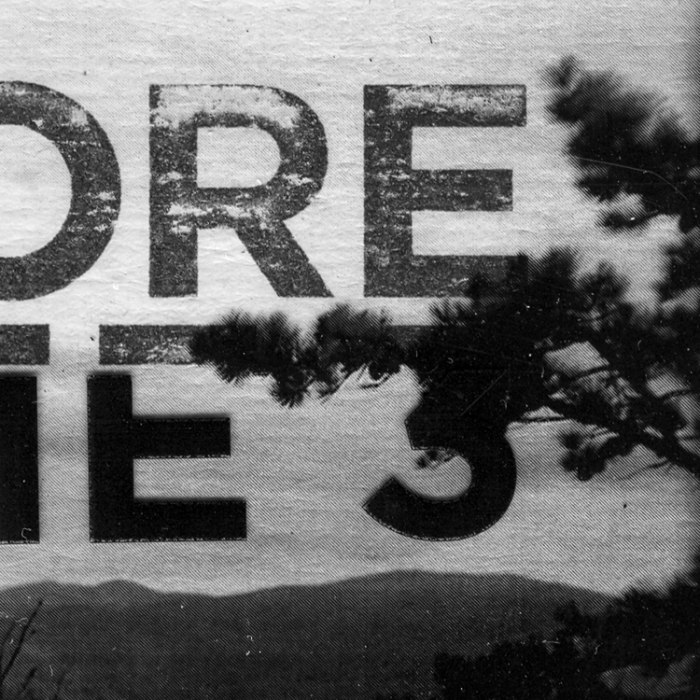 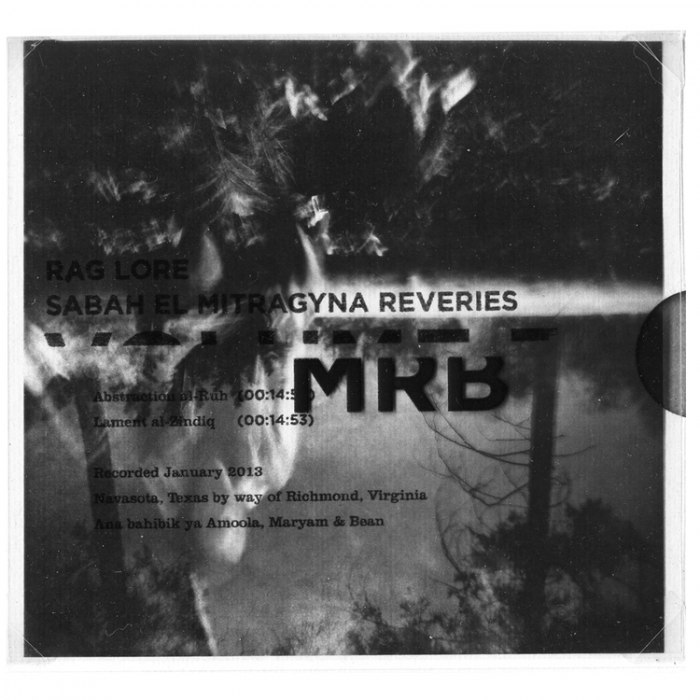 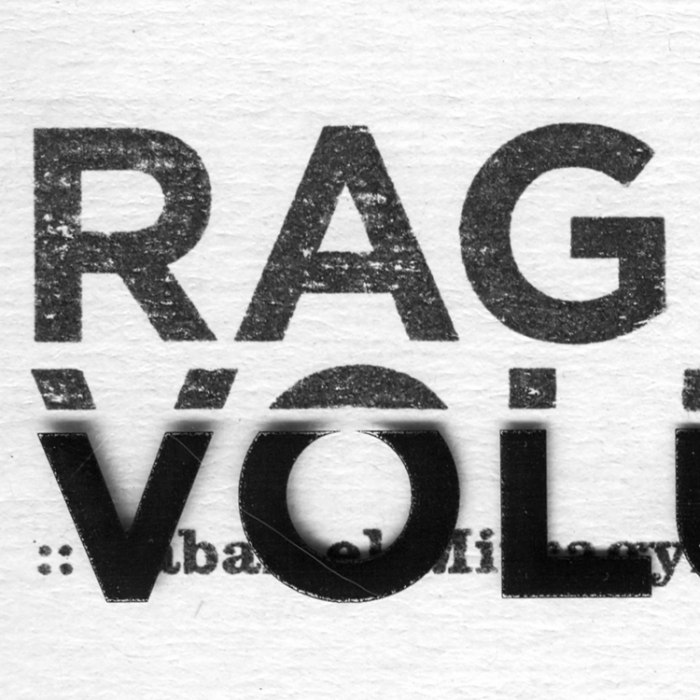 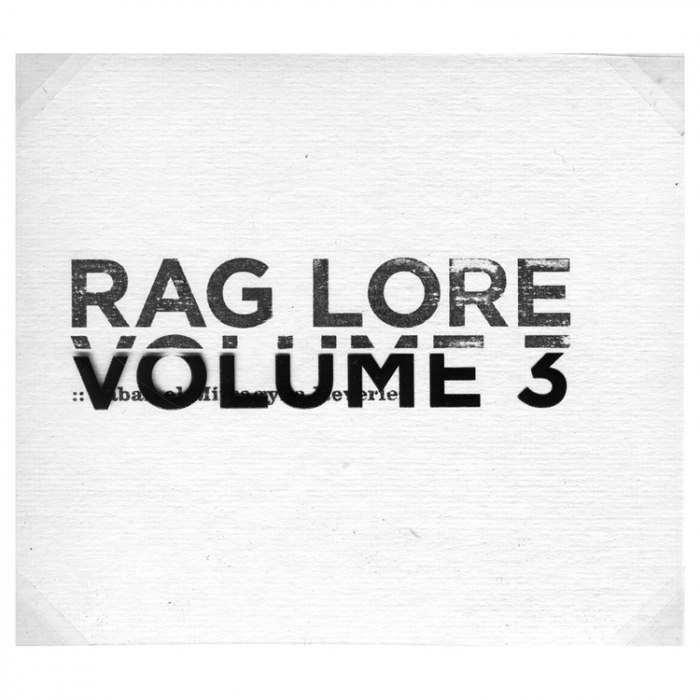 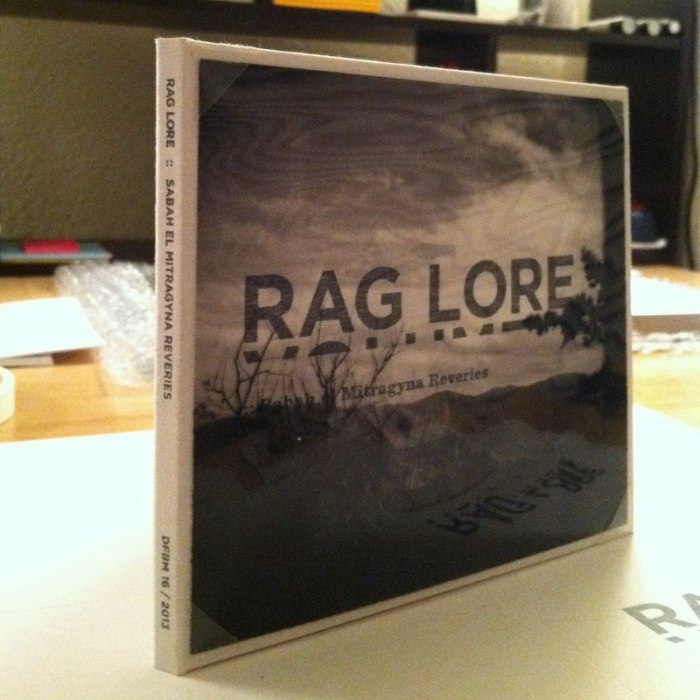 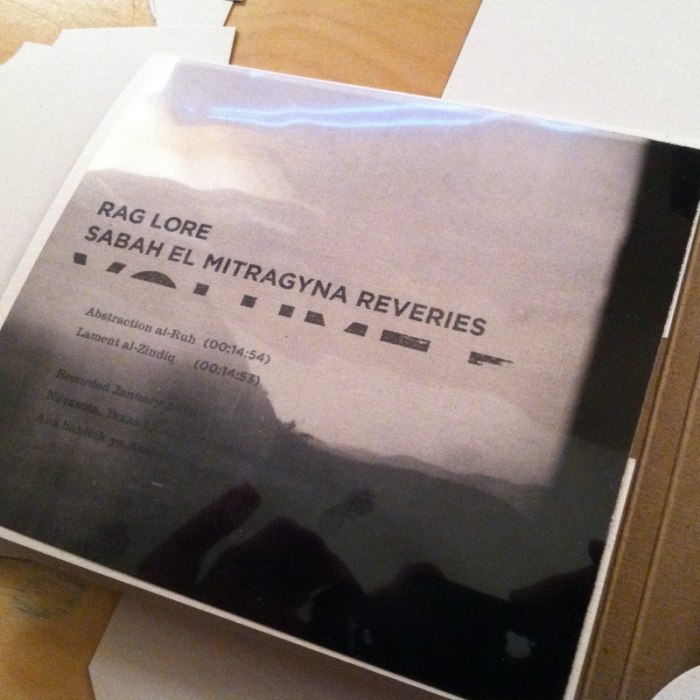 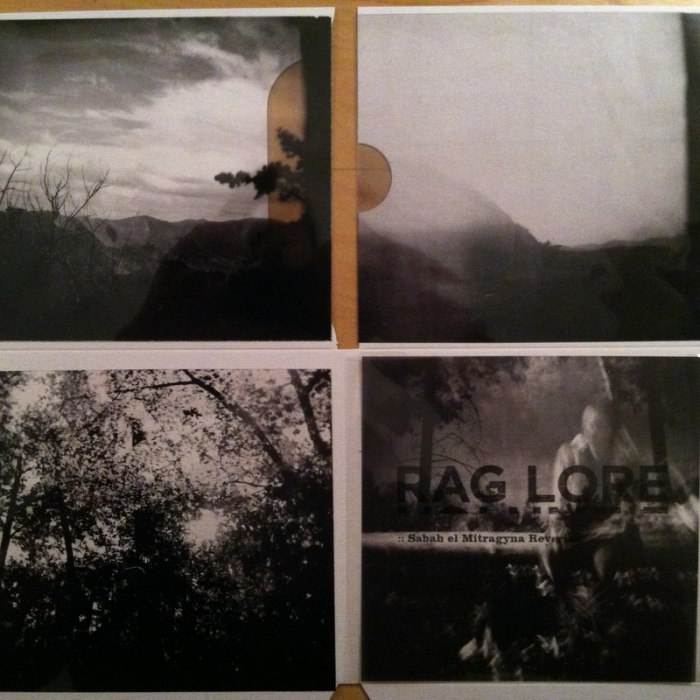 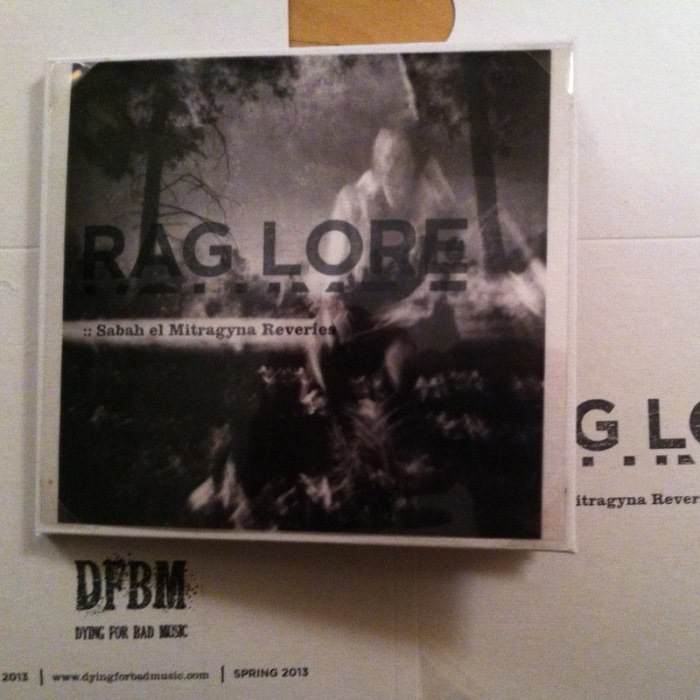 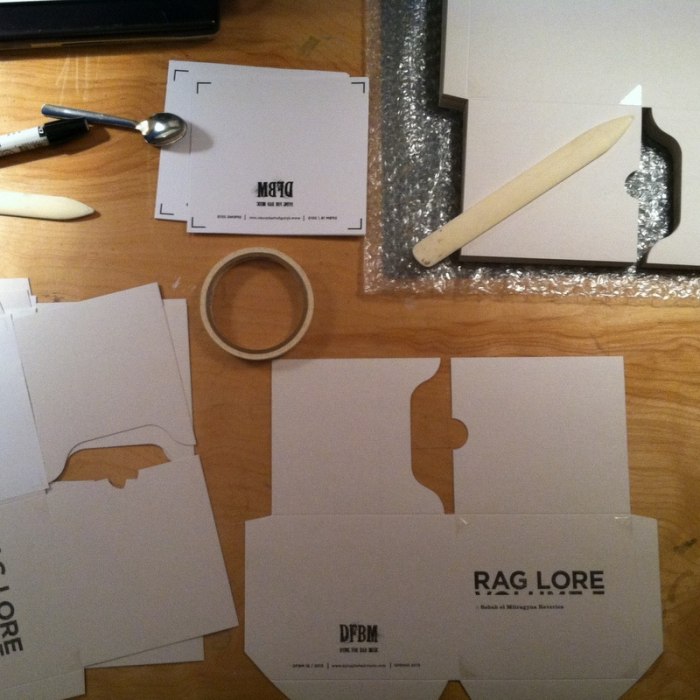 Rag Lore from the Poor Farm presents pure american primitive space blues. It feels like he's pulling and sliding the steel strings through your head, from one ear to the other. ~ 45 minutes (incl. bonus) of lapsteel guitar meditations and concrete drones and Delta Blues. The awesome handmade package of interactive cd folders was concepted and made by Matthew Russell Boteilho and his wife.

Kelab Eshams is "Sun Dogs" in arabic "Parhelia" is the scientific term for what a "Sun Dog" actually is; an astrological phenomenon where the sun creates rings around itself.
If you know your stuff and connect the dots, you'll be able to close the circle to another influence by M.R. Boteilho.

This was also released on tape by Space Slave. The musical content is partly the same.

From my perspective, we’ve all been living in a post-Daniel Bachman world for a while; a talented guitarist and pioneer of some incredible new folk, Bachman seems exemplary of a new generation of young outsider songwriters who in the purity of their craft transmit a kind of precocious naïveté, as if the perspective they share had gone away from the world for a while and then returned naturally. That isn’t to say there’s anything precious about their recordings, just that they are so confident that appreciating their subtlety requires a radical re-interpretation of the usual influences; folk, Americana, blues, and a wild range of contemporary string ragas. Rag Lore emerges from the same generation of easy-to-listen-to radicals, skewed farther towards the mystical traditions of other lands, much on display with his most recent recordings on tape from Space Slave Editions, CD from Dying For Bad Music (who’ve also released Bachman’s work), and digitally from Poor Farm Editions. The album’s title, Sabah el Mitragyna, lends it significant color; ”sabah” is singer and “Mitragyna” is a lightly toxic type of southeast Asian plant consumed as a stimulant. Sixty minutes long and separated into side-spanning tracks, the cassette presents the a-side, “Al-Ruh”, or “spirit”, and “Lament al-Zindiq”, Zindiq having been a tragic Muslim poet of the Al-Andalus. I have it on no authority but my own that these may be reference points for the tape, but I’d like to think I haven’t strayed too far. Now that I’m finishing this post up, I’ve read on Weed Temple that Rag Lore’s “Matthew Boteilho”, a longtime lap-steel guitarist, is “about to make a big move to Cairo, Egypt from Houston, TX”; appropriate enough considering Texas’ fecund experimental psych scene could claim as much influence on these recordings as his new place of residence, if not more. Whatever the case, Sabah el Mitragyna is a gorgeous collection of improvisations and easily adds a new light to the constellation of new-folk mystics at work today.
DWIGHT PAVLOVIC @Decoder Magazine

explosive american primitive country blues from rag lore aka matthew botheilho of houston, tx. this new album out on the dying for bad music label features extended meditations on the musical space where east meets west. droning strings, singing slides and ambient loops build a sonic texas taj mahal.
fans of suni mcgrath, jon fahey or robbie basho will feel right at home with this album. pick it up as well as other great psych/folk/primitive/lofi releases on DFBM here at their website…
the modern folk music of america